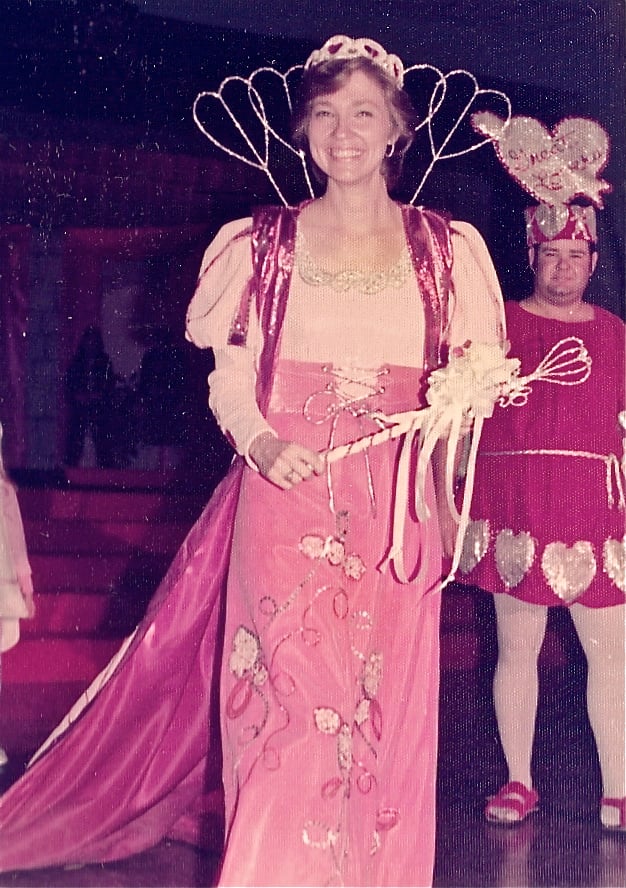 I had planned to do a series of posts on all the good things of Mardi Gras for you this week, but I blinked, and now that week is gone! Instead, I’m going to treat you to one recipe that is a family classic. For those of you  just joining my blog, my father’s side of the family is all from the Southeast Lousisiana area where beads, king cake, and general revelry abound this time of year. In fact, that’s my dad’s twin sister, Aunt Phyllis, above as queen of the parade at a long forgotten party during Mardi Gras.

Mardi Gras is a week (or more) of excess before the beginning of lent on Ash Wednesday. I remember when I lived in Louisiana we actually got off of school for Mardi Gras! Never mind pesky snow days, we got off school to go holler “Throw me some beads, mister!!” Likely much more fun than having cold, wet feet after mucking around in that white stuff.

My grandfather’s original jambalaya recipe used to serve 40 people, and serve he did for many a party on the bayous of Lacombe in St. Tammany Parish. This version serves about 8, and still stands up to a good party. It’s pretty fabulous, and one of my favorites. And previously unpublished for the greater good until this moment–giving up the family secrets here! 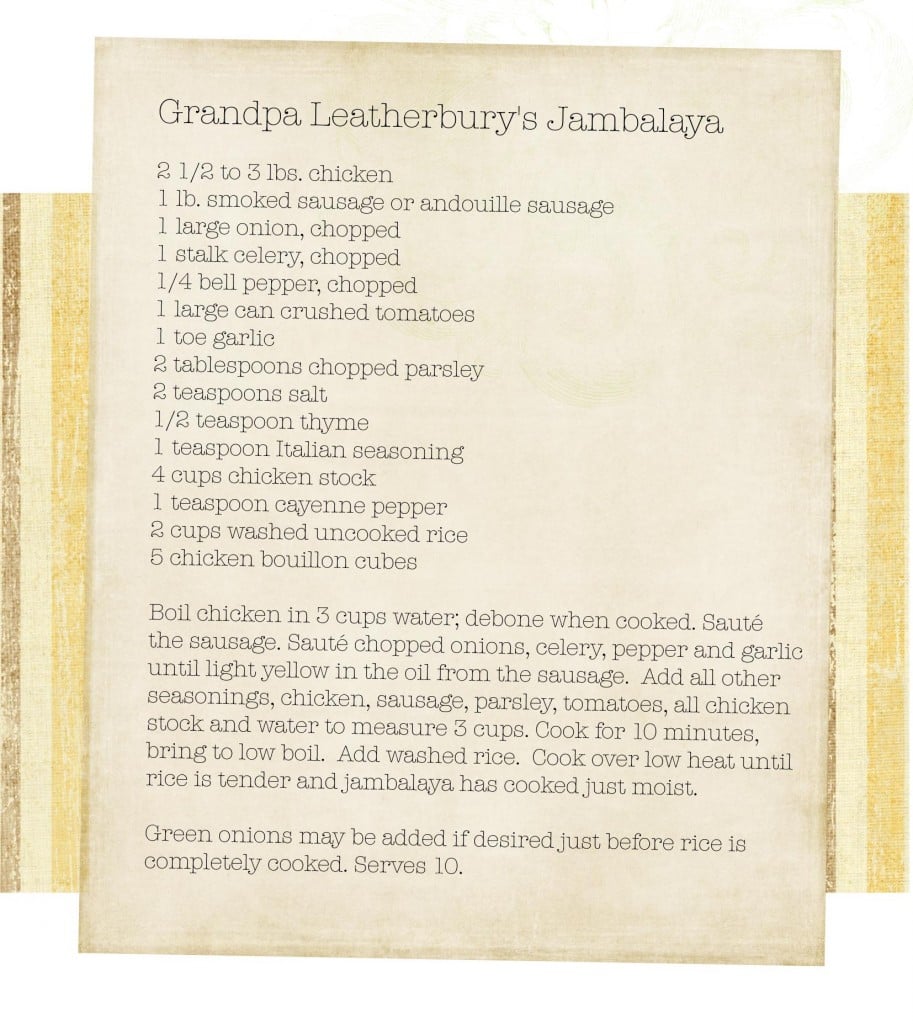 Cajun cooking is much more than throwing in hot sauce, as you’ll find if you ever have truly good cajun food. It’s all about the complex flavors from homemade stocks and a variety of seasonings. Our always usually takes the better part of a day to cook up.

So this Mardi Gras, go out, eat well, and as they say in the crescent city, laissez les bon temps rouler!

[…] Gras season, y’all! Set your table with this easy Mardi Gras centerpiece, get out your best Jambalaya recipe, and whip up a king […]

Paula, I love everything about this post, thank you for sharing your family recipe history with us and for giving us the opportunity to keep that tradition alive in our kitchens!

This is more of the simplified version, for better results be sure to use ham stock (save those spiral-cut ham bones!). Given the variability in the potency of herbs and spices, be sure to check the liquid base frequently. Before the rice is added it will be quite powerful, but worry not! After the rice cooks up it will mellow things out a bit.

Oh...my...goodness...this recipe is absolutely delicious!!! I made it today for my husband and some friends and everyone LOVED it! It turned out PERFECT! What a great dinner for "Fat Tuesday". Thanks Paula for sharing this family secret :)