Activities that promote play always make a party more memorable and more exciting to be a part of. For How To Train Your Dragon party games, we looked to the movie for inspiration! 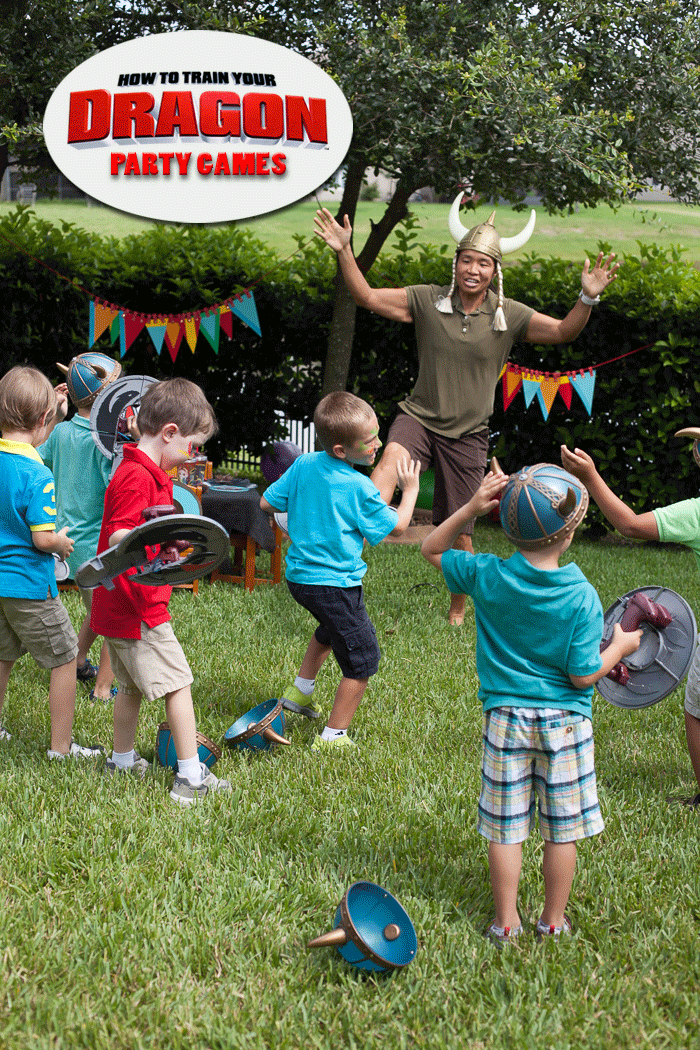 After some mom-led Viking warm-ups (really, this was for the amusement of those of us watching), we were on to the fun! 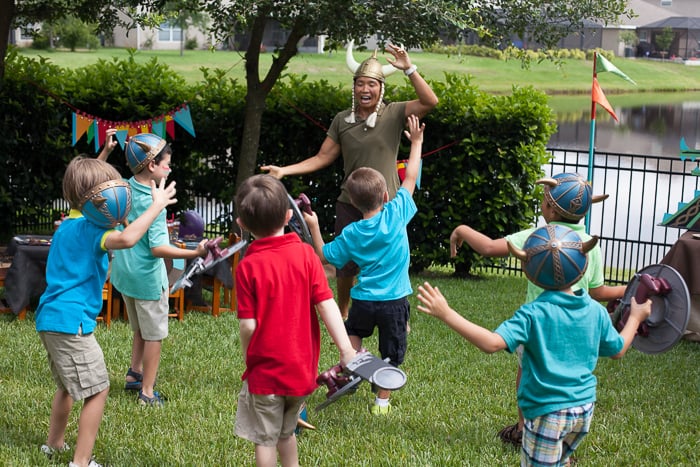 Yes, the warm-ups were just that good.

The first five minutes of the How to Train Your Dragon 2 movie was awesome for the sheep game they were playing, rolling through the sky on their dragons.  You couldn’t help but laugh at the expressions of the sheep being thrown around. While we had to leave out the dragons, we did get to keep the sheep! 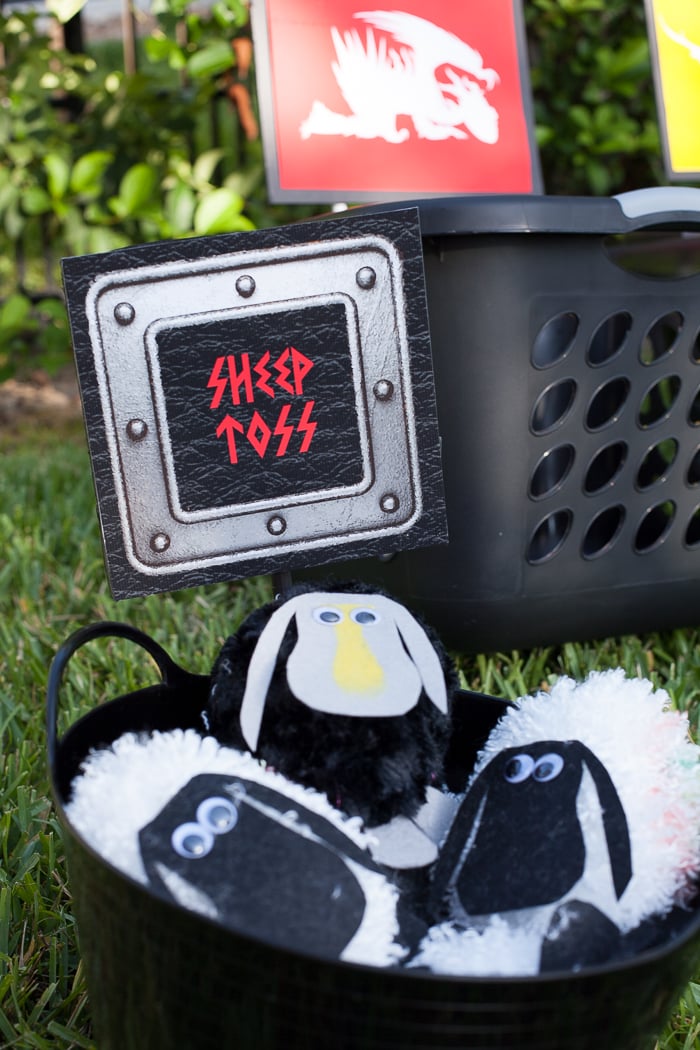 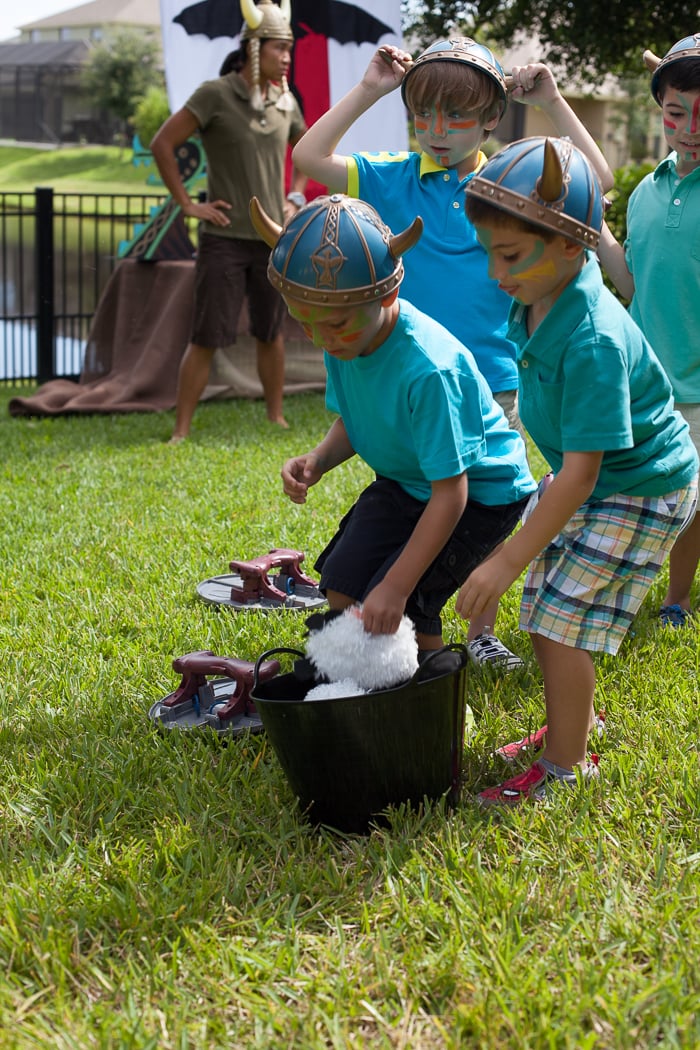 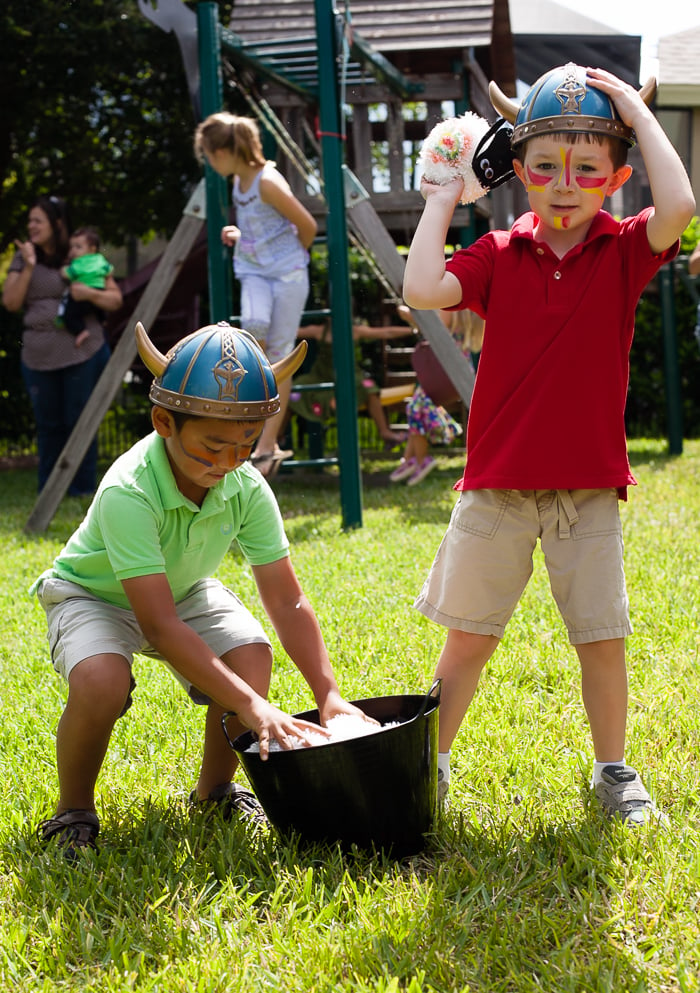 I made lots of fluffy fun sheep for the “Sheep Toss” – I showed them to kids and the first question was “Where’s the catapult?” So for future party planners, there’s a gem to incorporate to really wow your party guests! You can see the sheep toss party game tutorial here. 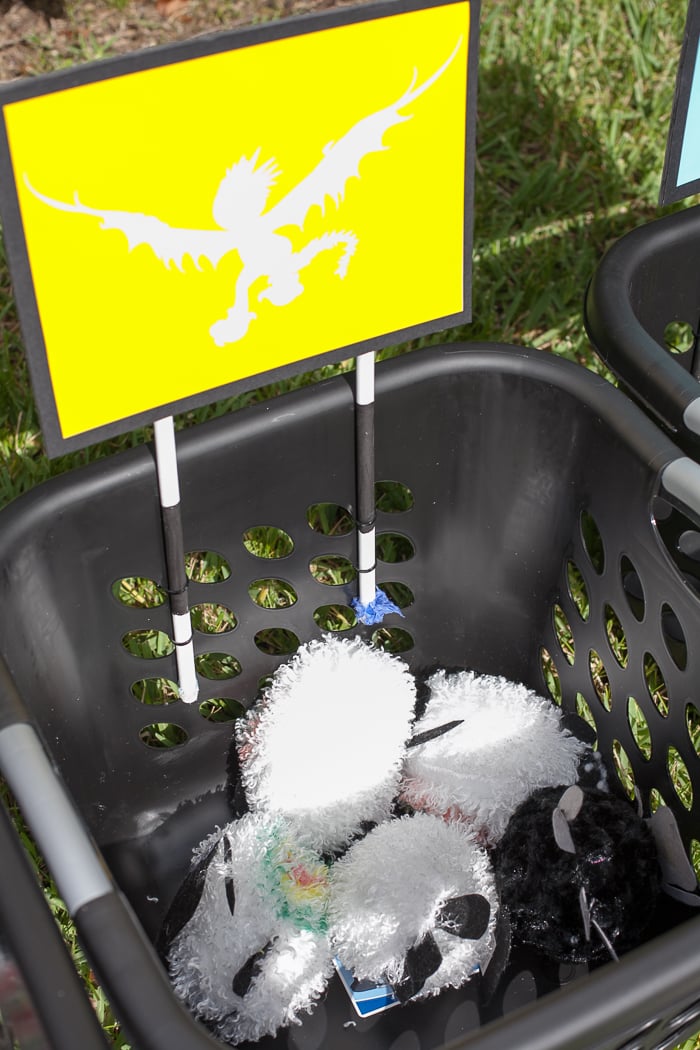 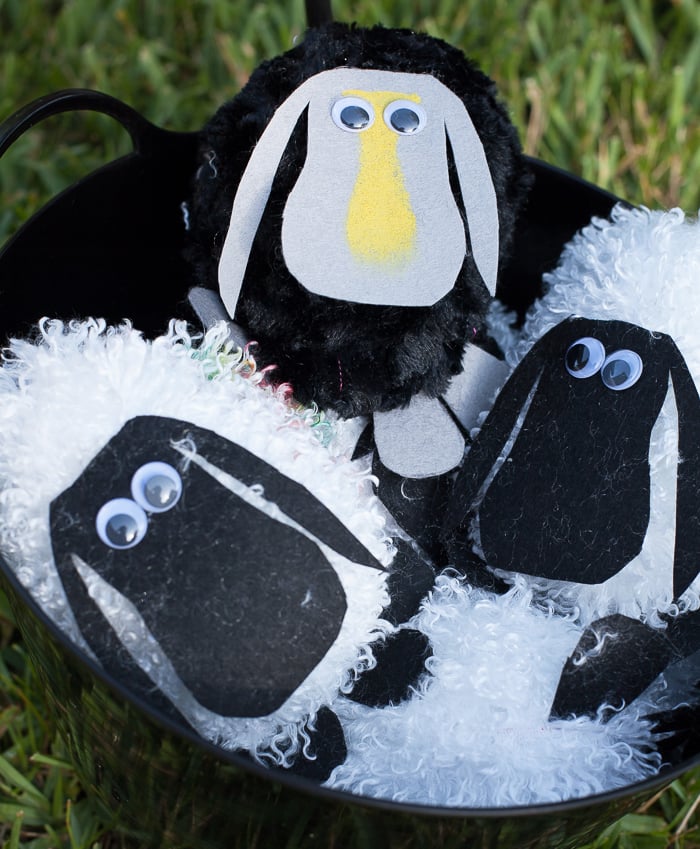 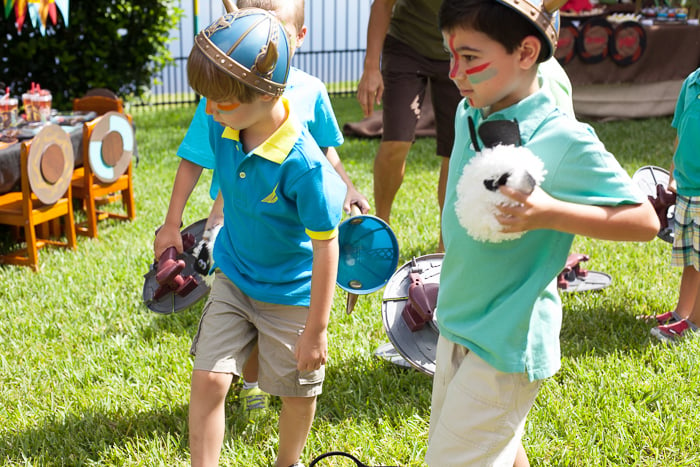 The rules were pretty simple. Each Viking was assigned a basket. All the baskets were labeled with a colored dragon picture. It was the Viking’s job to toss as many sheep in their own basket as they could, and they got double points for getting the black sheep in their own basket. We found the game worked best with just two playing at the same time. 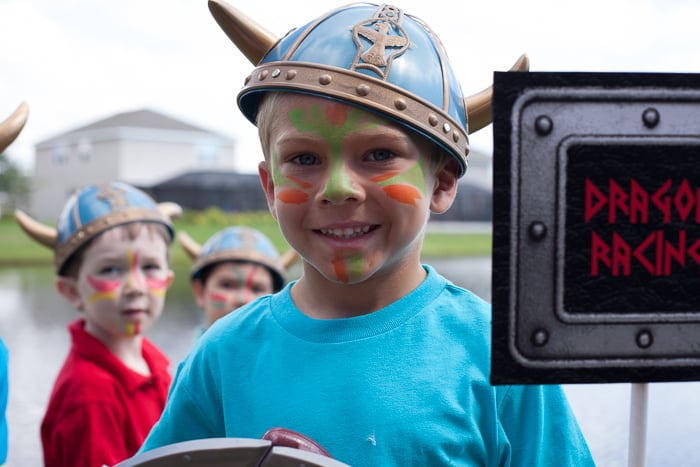 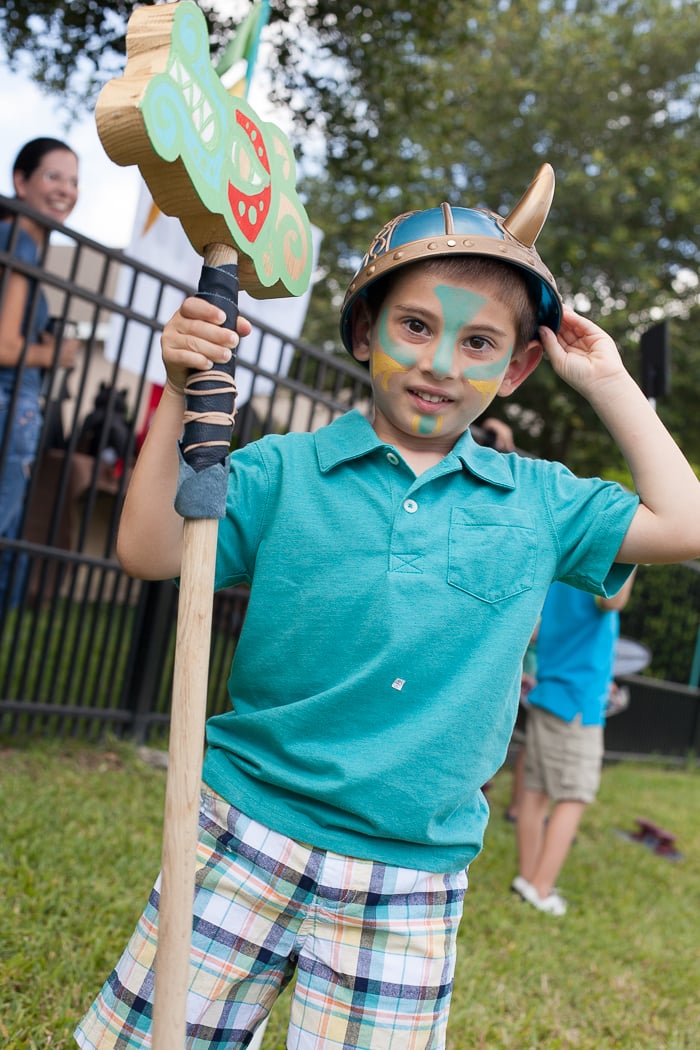 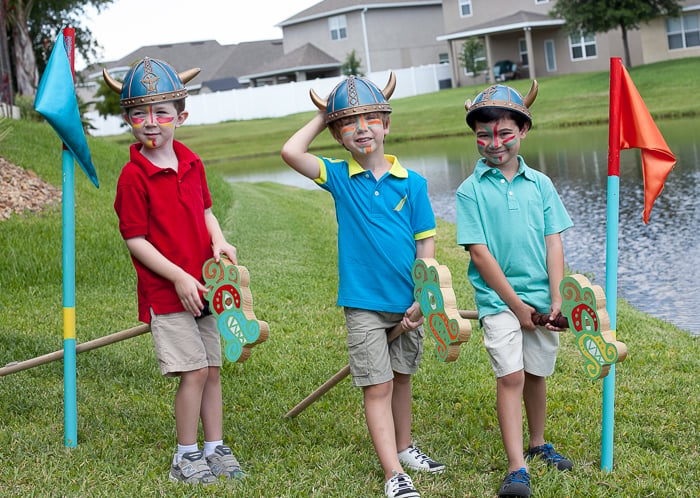 Next up was the main attraction: dragon races! A few poles were set up to outline the course, and each of our racers were given a handmade “dragon” to race with. We ran the race in waves so everyone could get a chance to go. 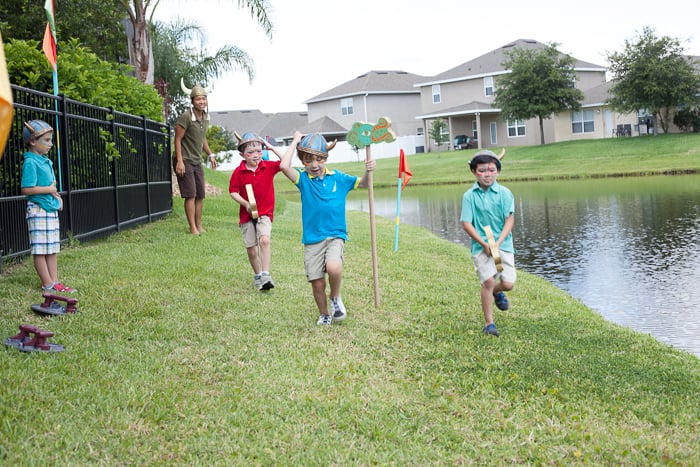 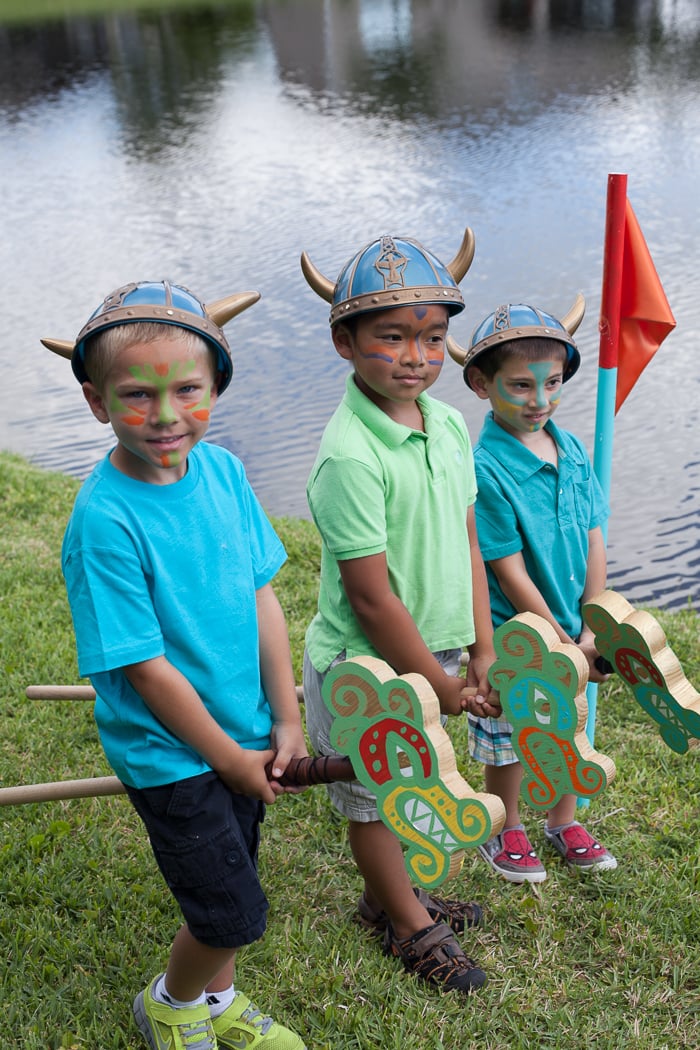 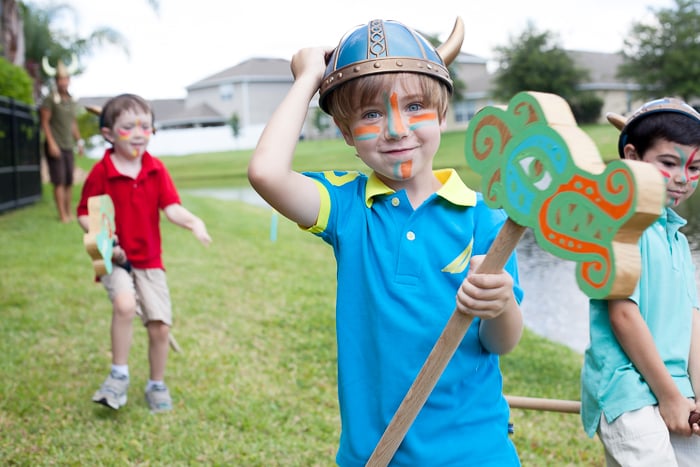 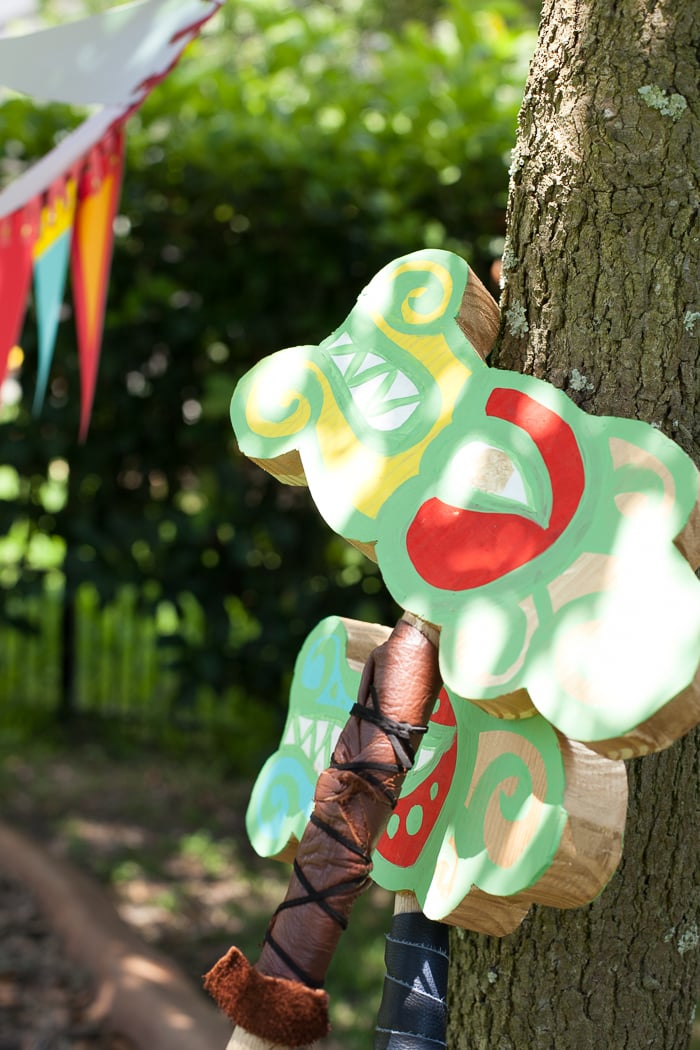 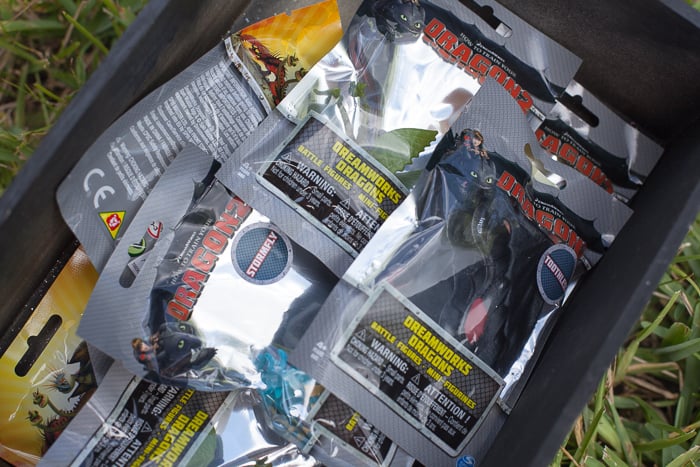 All the winners and participants got their own dragon pet – a How to Train Your Dragon Mini Figurine (available in Target stores)- when they crossed the finish line as a prize. All the kids were instantly best friends with these little guys. 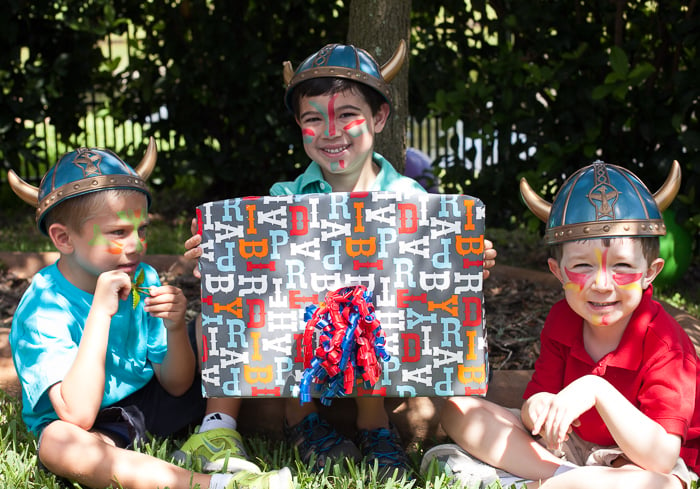 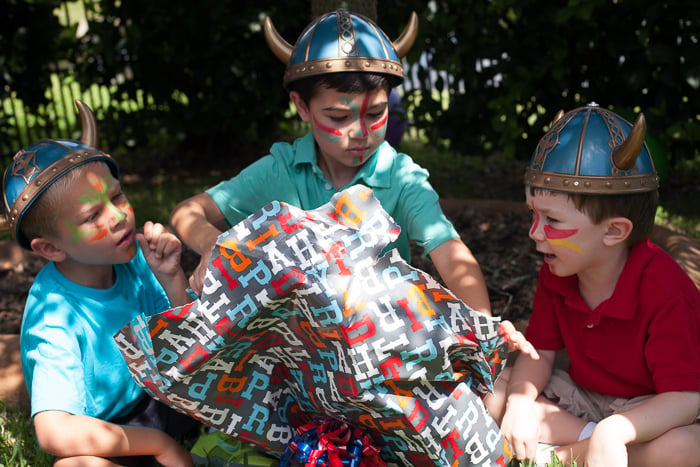 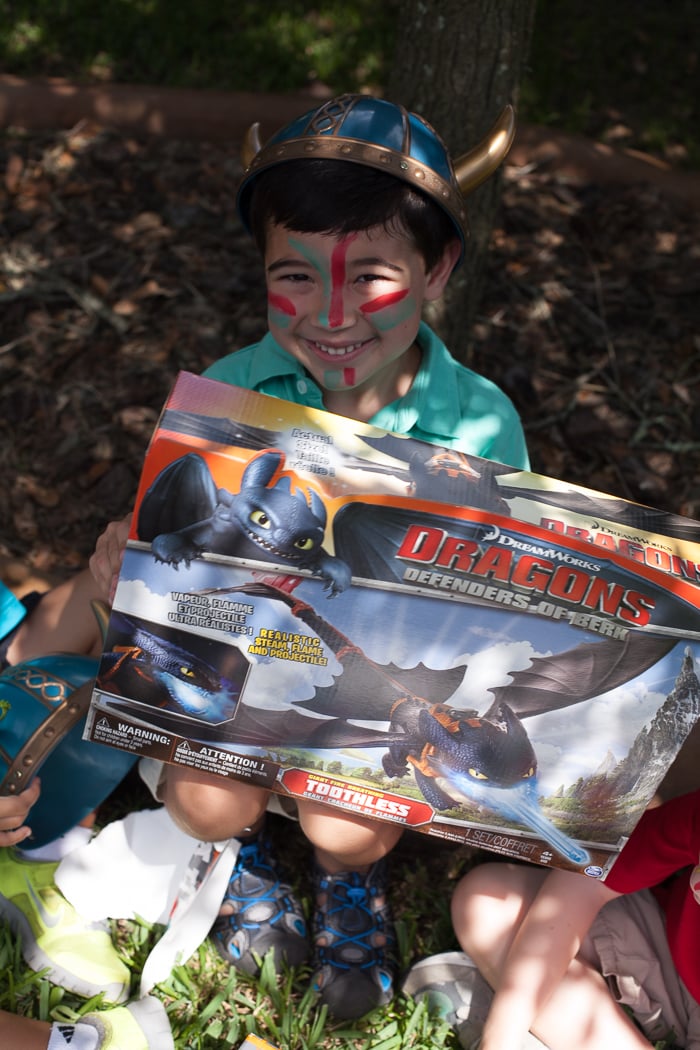 What is more fun than opening presents at a party? Our birthday boy was thrilled to bits to open his presents and find a Giant Fire Breathing Toothless the Dragon. I bet he’ll have hours of fun with that one! You can pick one up for your next birthday party at Target, along with some sassy, fun wrapping paper and ribbon.

Up next: How to Train Your Dragon Party Food!

For more How to Train Your Dragon party inspiration, be sure to see Part I and Part III.

All our brave Vikings had a blast at the party–and putting it together is made more convenient for all us moms by shopping for supplies at Target. You can find the following items from our party online (linked) or in stores:

How to Train Your Dragon Mini Figurines  |  Plates, Napkins, Utensils

Hosting a How to Train Your Dragon Party?

Pin it to remember it!

BE SURE TO VISIT OUR WONDERFUL VENDORS:

Thanks for checking out my How to Train Your Dragon Birthday Party Games post. Check out my full collection of birthday articles, and also get more Birthday Party Ideas by Michelle Stewart, Liz Call, Tammy Mitchell, Randi Dukes and Mariah Leeson. How to Train Your Dragon Sheep Toss Party Game Tutorial Daily Inspiration Guide for Those Home with Kids: How To Train Your Dragon

[…] of the really fun How to Train your Dragon party games we played at the last party was a Sheep Toss. I actually sewed every single one of those sheep […]

Get Ready For A "How To Train Your Dragon" Party! / The Birthday Party Blog

Hi Where did you find the helmets?

Amazon has tons of them to choose from! https://amzn.to/2tPScGj