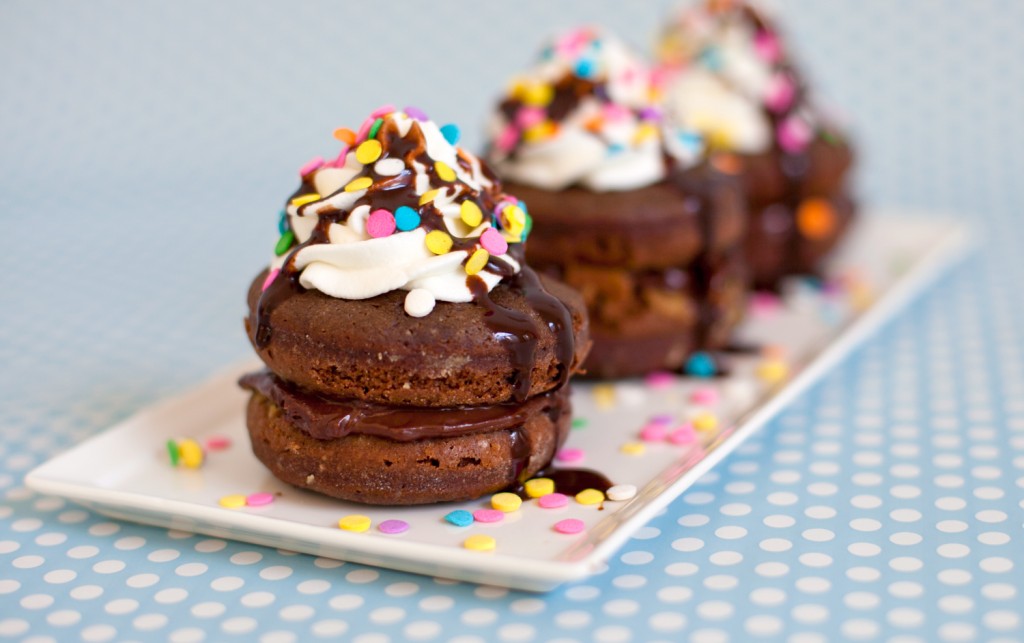 The house has been kind of quiet since all the family left. I admit, I did like cooking and baking for the masses and a little bit of a void has been left — the two little picky eaters that remained don’t let me spread my culinary wings. Unless I’m baking sweets.

So I had this urge New Years Eve to bake, perhaps something the kidlets would be excited about.  I went to my three shelves of cookbooks (ok, I horde them a little) and pulled out a few of the Southern cookbooks I have. There is just something intrinsically comforting about Southern food…it might be all the butter, but comforting nonetheless. The cookbooks I have are the best kind; they’re all those fundraiser books from the Junior League and churches and the like, which means they’re chock full of someone’s grandma’s special recipes. Of course, I have a Paula Deen volume or three sprinkled in for good measure.

The recipe I decided on, French Chocolate Cake, is from  Best of the Best from Mississippi – Selected Recipes from Mississippi’s favorite cookbooks. I can’t leave anything alone, so I made these single-serve cakes using a whoopie pie pan. I though the rum sauce might be a little too much for cakes this small, but it ended up working out ok and the flavor was a great extra layer in what might have been an ordinary chocolate cake. I baked them for 22 minutes vs. 30 in my oven, but make sure to adjust for your own equipment. 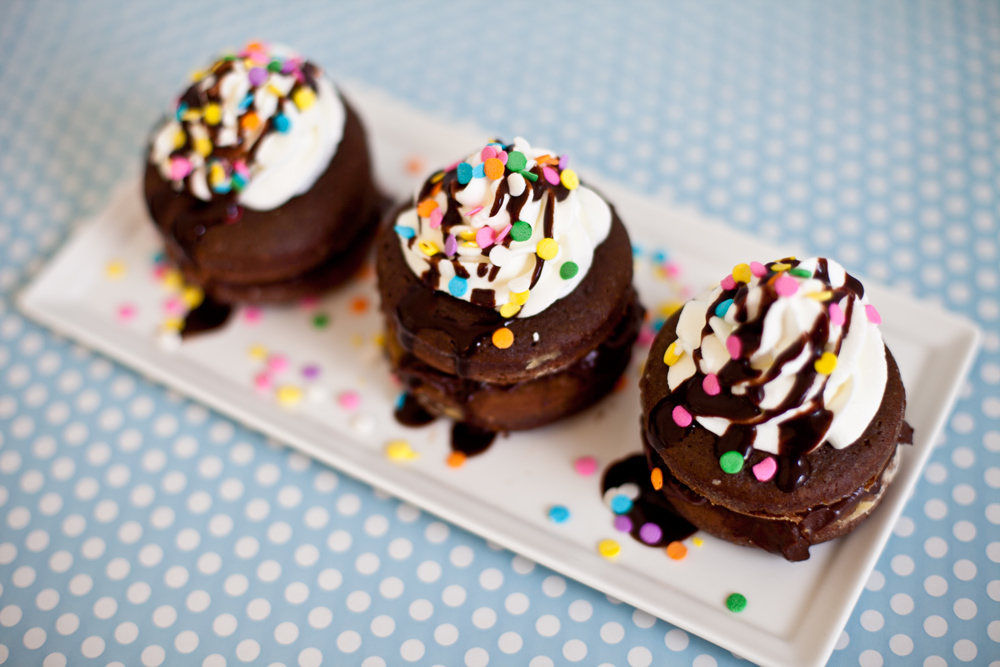 Cream together butter and brown sugar. Sift flour with salt and soda. Add this to butter mixture with the coffee. Add chocolate mixture and vanilla. Bake at 325 degrees about 30 minutes.

Mix chocolate chips and evaporated milk. Stir over low heat until smooth. Do not boil Add one whole beaten egg. Mix well and chill. (if sauce is too thin, add a beaten egg yolk.)

To assemble: Remove cakes from pans and generously spread a layer of filling between the layers and on top. Whip the cream and ice the entire cake. Shave chocolate over the tip of iced cake. These look amazing! Hope to try them out soon.

Paula, those look so delish! What sounds like took you minutes would take me hours!!! And why does your date show you in the future??? Or did I miss a day completely??

Looks so yummy, I pinned it on pinterest. Happy New year wish you a blessed and successful year xo