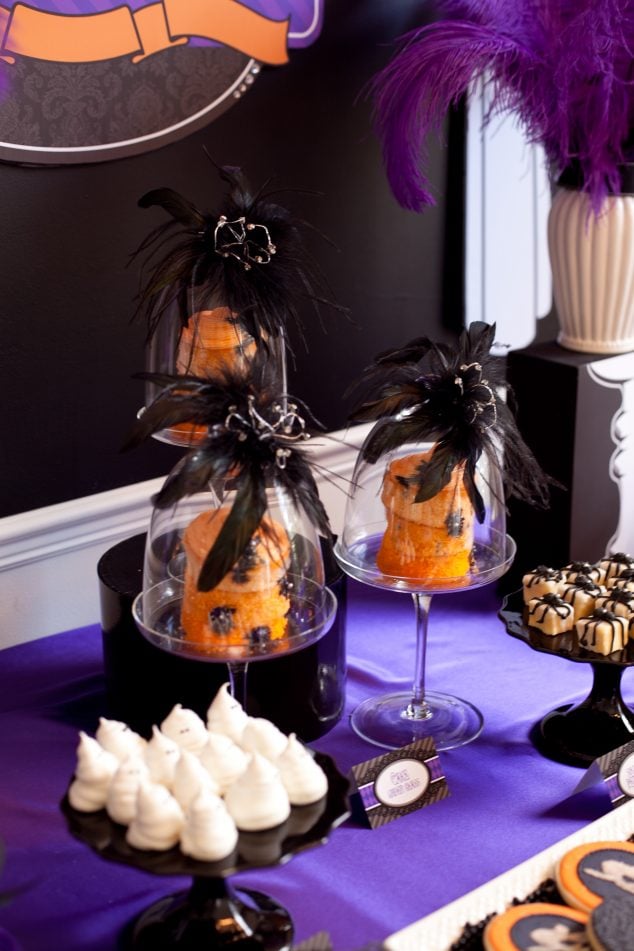 So every once in awhile I suffer a massive party crafting/baking fail. I (thankfully) am not perfect, and it’s always nice to have a funny story about a really great party faux paux. At the black cat ball, I couldn’t seem to do anything right with those orange ombre cakes. Day of the shoot, I had no choice but to use them; but they got hidden away under glass with big feathers camouflaging what a fumbling job I did making them.

The good news is, I learned from this little experience. Mainly on this one, I will never make unfrosted stacked cakes again. Sometimes you gotta quit while you have another idea! No matter how I tried to even these babies out, they were all crooked. you can see that clearly in the one farthest to the right in the picture above. And this was the result after baking two separate sets of cakes to cut the circles from. The first set only had one box of mix, the second two and they were almost the right thickness, but not optimal. If I made cake pops, I would have had SO much cakey goodness to work with. 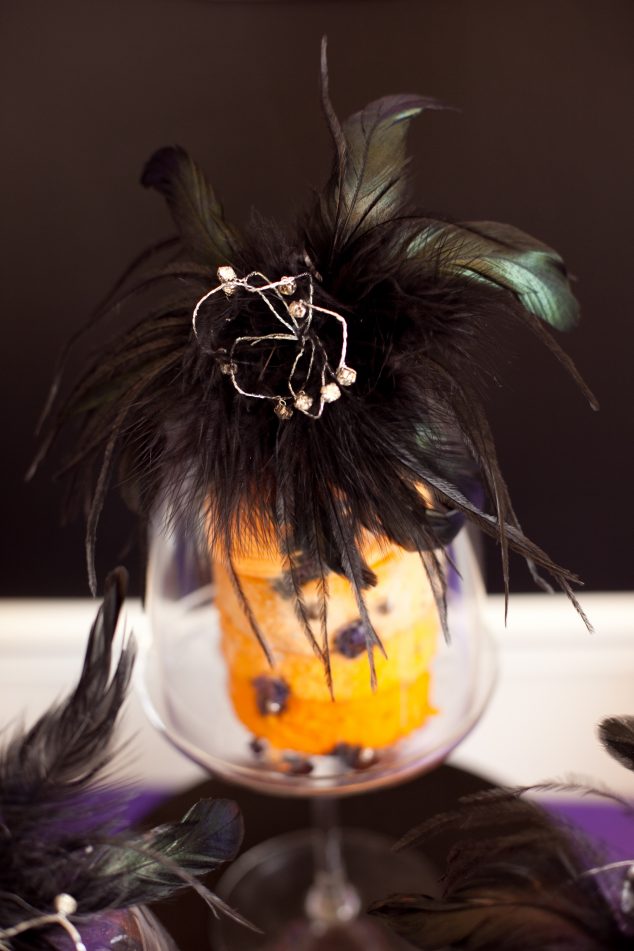 Next hard lesson: Royal Icing does not like moisture. I’m calling these “polka dots”, but really, they were another massive fail on my part. Yes, I totally should have known better, but I wasn’t thinking. 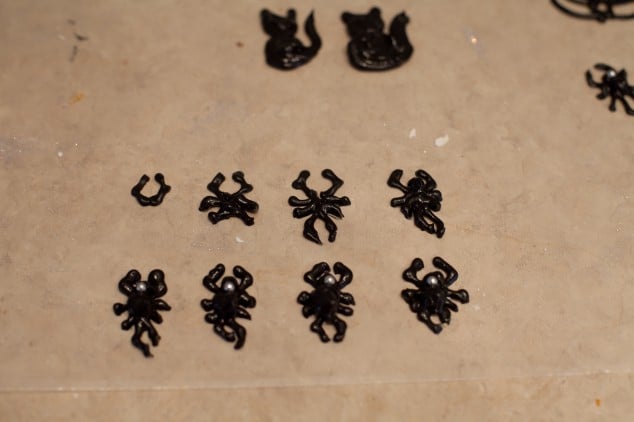 You see, I had made all these cute little spiders from royal icing and let them dry to use as decoration. I put a spot of wet royal icing on the cakes, adhered the spiders and PUT THE GLASS BACK OVER THE CAKES. Big giant, huge mistake. All that moist cake, all that sealed space. Every one of the spiders melted into the cakes into unidentifiable smears. Fortunately, I had some big feathers in my materials, and used them to cover up most of the cakes so it isn’t obvious quite how bad they are.

And there is my party fail for this shoot. Proof positive not everything always goes as planned! Those cakes look like they were meant for this spooky shoot!!! And not really knowing what the creepy crawlies are really suppose to look like, they look really grusome too!! I still think you are tops with all your creativity!!

Happens to all of us. :) I live in a HOT, HUMID coastal town and my fondant always melts into a goopy mess no matter what I do. For the party favours for my daughter's birthday i was making shell shaped cupcake toppers with a pearl to be placed in them. Make about 70 shells and go to get my kids ready for school. After they leave I come back to find ALL the 'shells' are now just shapeless blobs of fondant :(

OMGolly, I'm with Angie! I thought they were so cool off kilter and wouldn't have thought anything was up! Thank you for sharing that sometimes things don't go right. :)

Isn't that just the pits when you work so hard to get something just right and everything goes wrong.

I actually like that the cupcake towers were a bit off. Especially for a Halloween shoot. Makes them look more spooky. I thought they were meant to be that way !;) Love the cats and spiders! :)

That is really the best part of Halloween, isn't it?? Off kilter makes it more fun!!