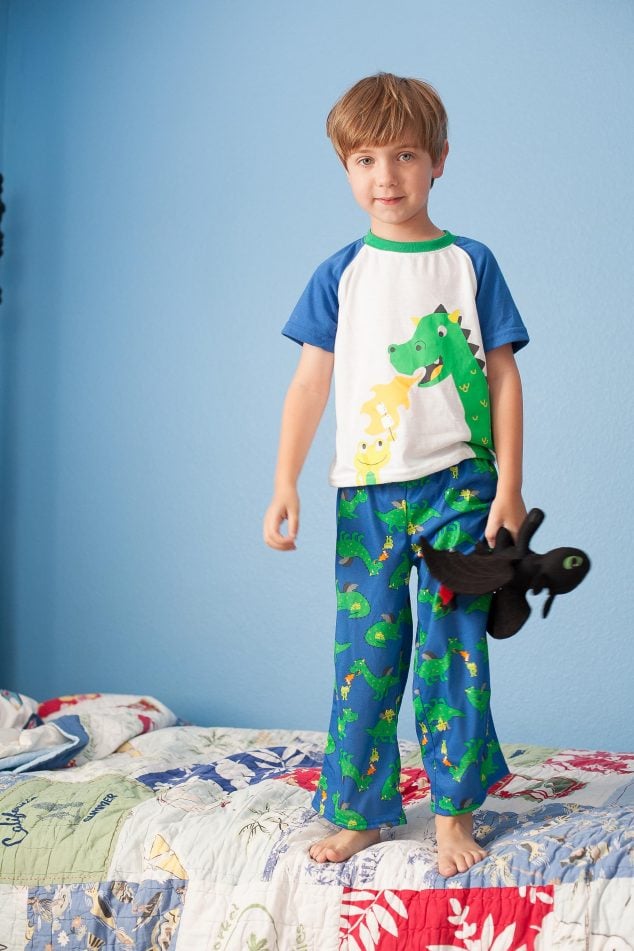 We just moved into a new house three weeks ago, and it’s been exciting for the whole family. The kids love the big playground in the backyard, fishing in the pond and the neighborhood chock full of other children to play with. As much as we’re really enjoying the new place, the change hasn’t been completely smooth. A new house means a new space to sleep in, new noises to hear and lights and shadows to get used to at night. For my son Brennan, it brought back something I though we had moved past. Fear of the dark. 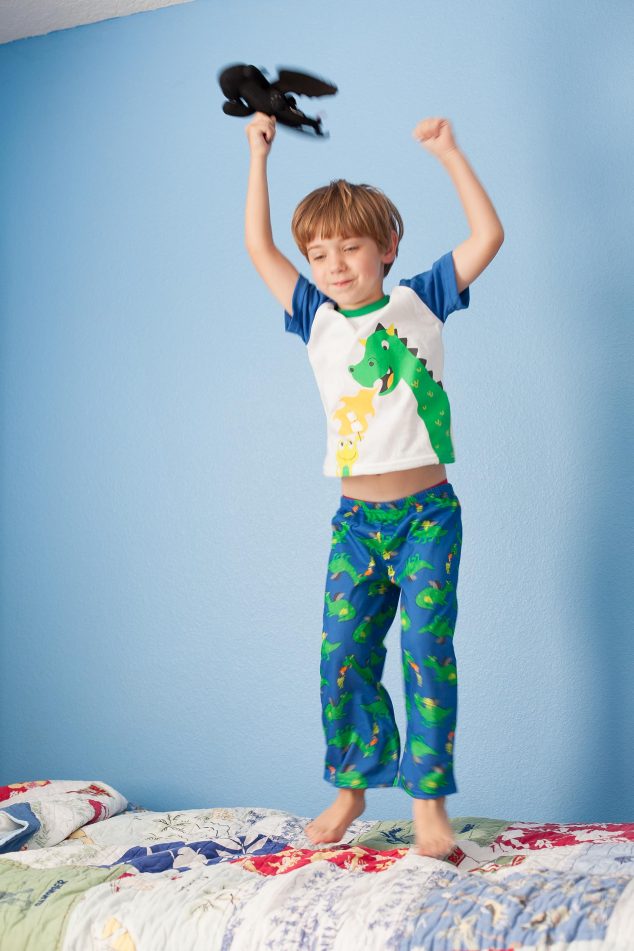 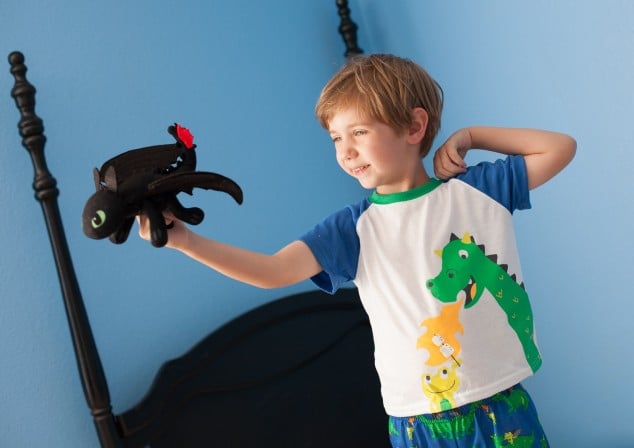 Brennan is generally a happy go lucky kid that isn’t scared of much, but when fear takes hold, it’s hard for us to overcome. 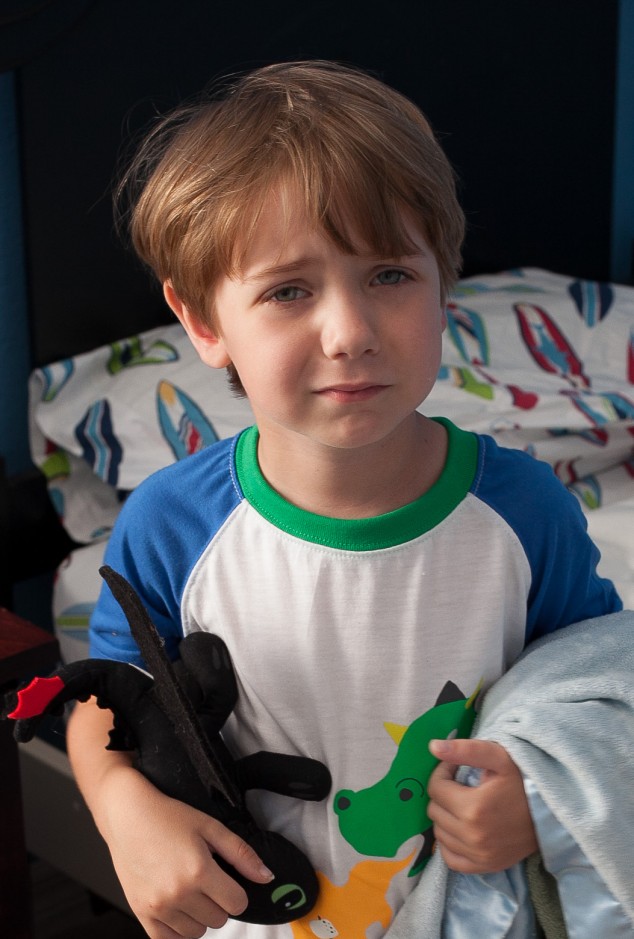 A night or two of terrified screams for Mom when we first moved had us scrambling for a tool or two to help calm our little boy so he could sleep again. While unpacking the boxes we found an old favorite movie we picked up a Target, How to Train Your Dragon. He saw the DVD and an old obsession with dragons was quickly rekindled; we were treated to several viewings of the movie and a great deal of excitement that there is a sequel coming out this summer. We also saw it as a chance to help Brennan with his fears. 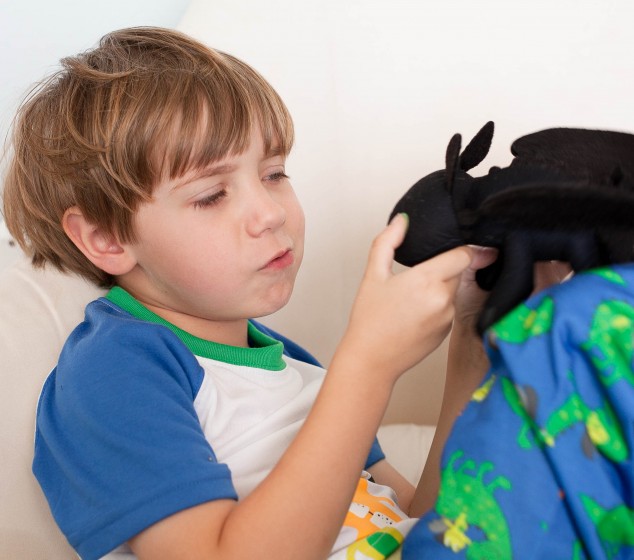 His solution to being scared of the dark was to leave all the lights on all night. The rest of us in the house wouldn’t be able to sleep, so we had to convince him to plan B. A night light. He didn’t like it, it wasn’t bright enough and it wasn’t chasing away whatever was putting the fear in him. So we brought in the dragons. 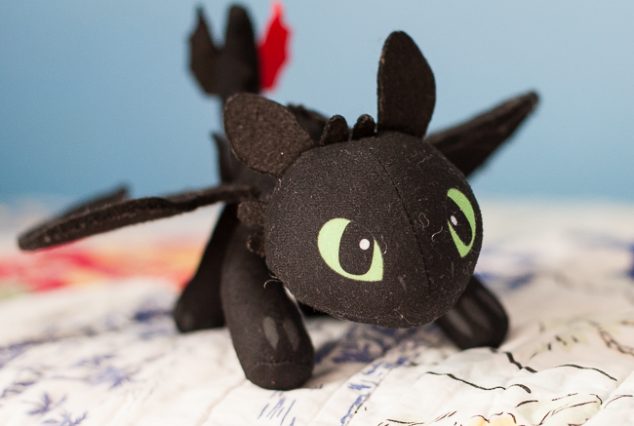 We talked about Hiccup and Toothless from the How to Train Your Dragon movie and how hard it is to be brave when you’re up against something you’re scared of, but that that fear can be overcome. We went to Target and bought a plush Toothless to remind him to be brave like Hiccup even though he might be a little scared. 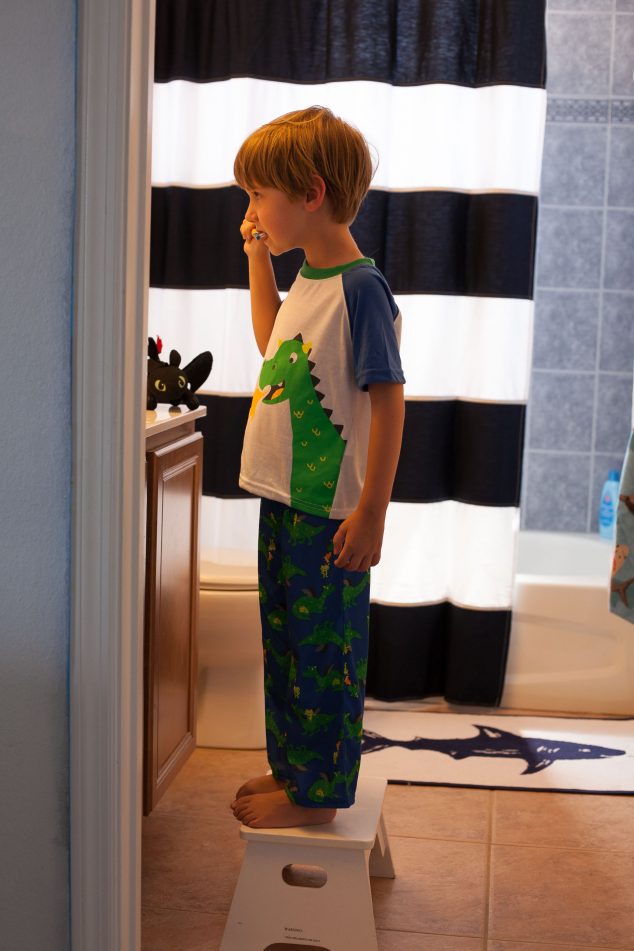 That night, Toothless came to the bathroom and brushed teeth with Brennan. 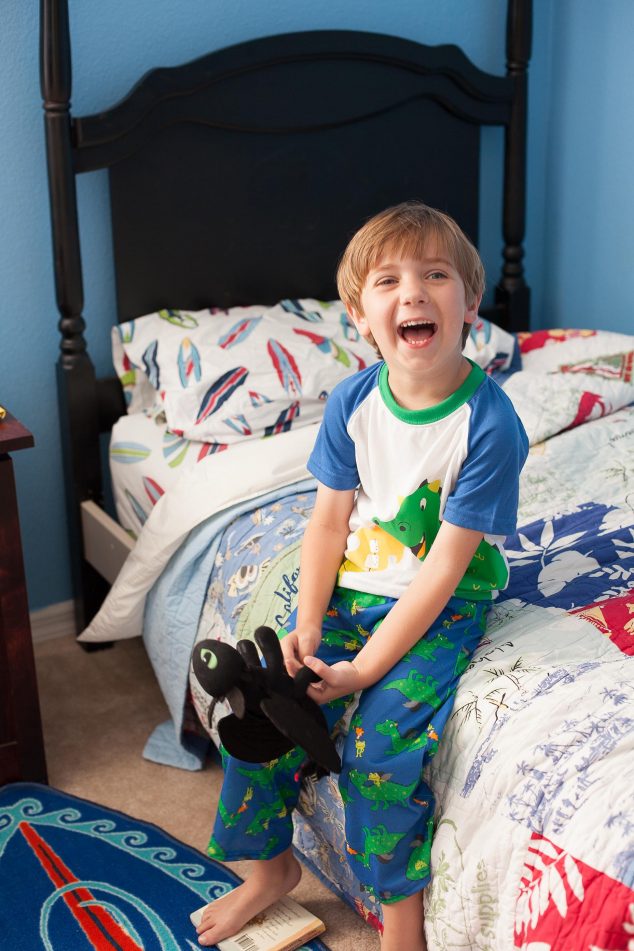 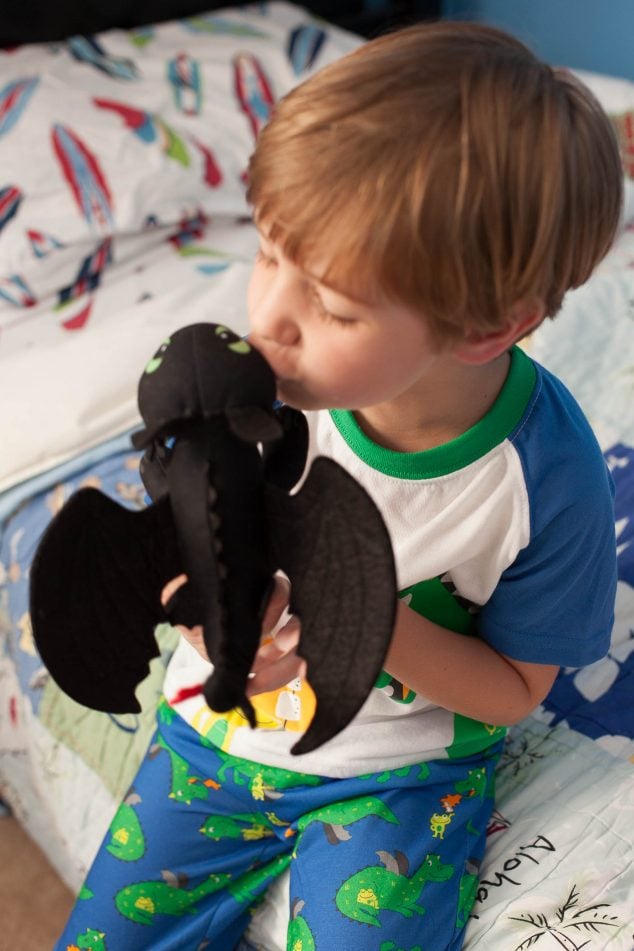 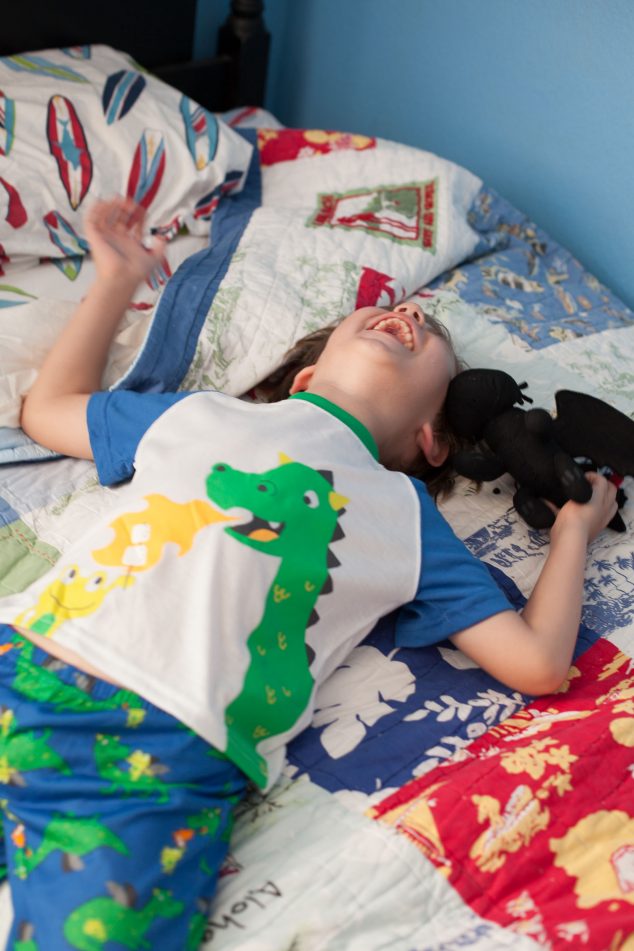 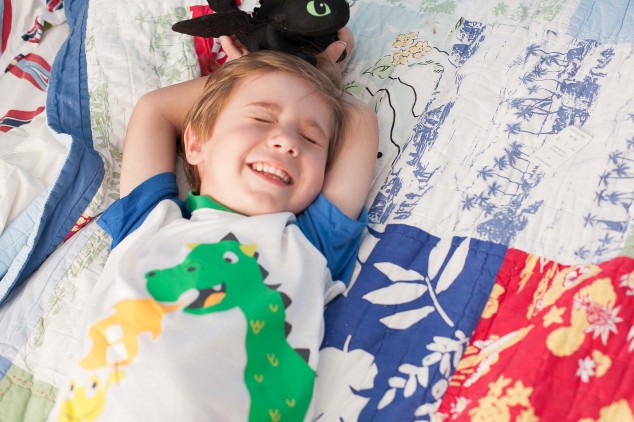 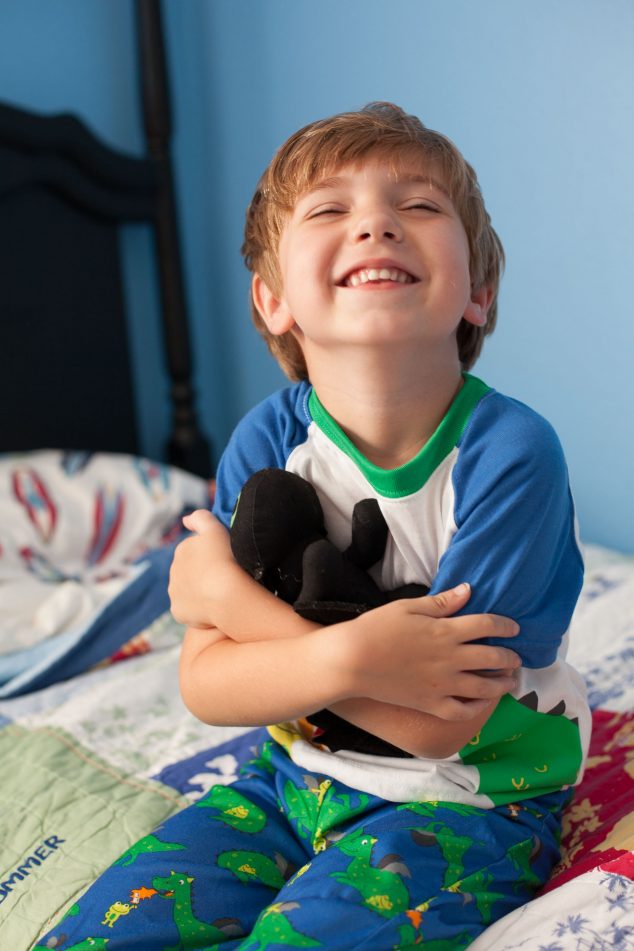 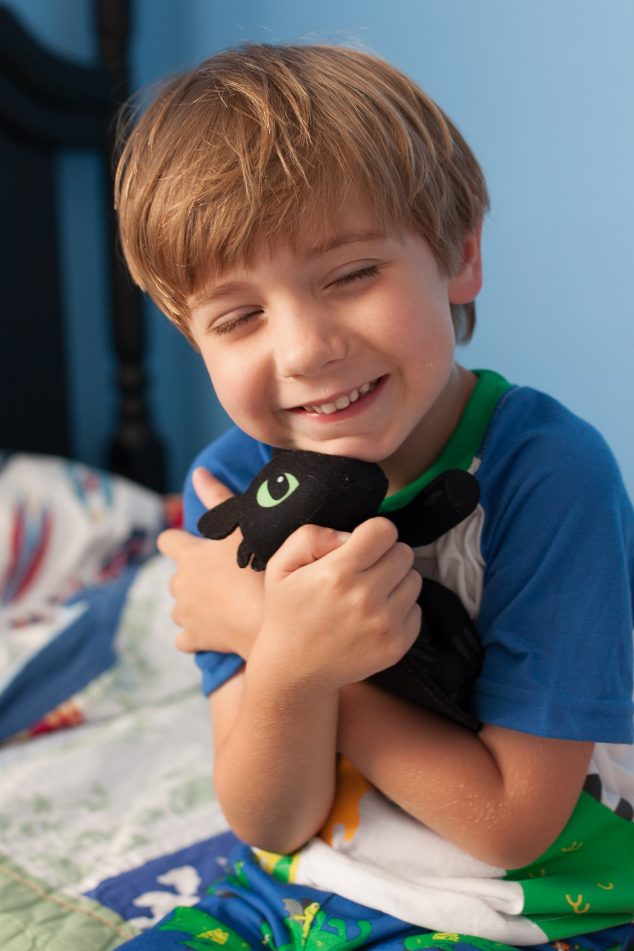 Toothless and Brennan goofed around and shared a few dragon-sized hugs. 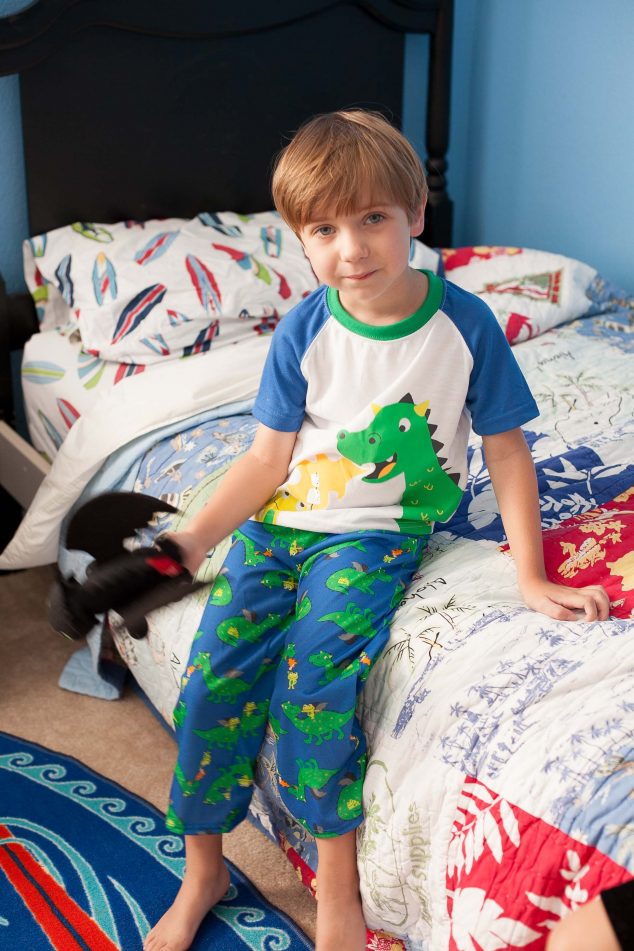 Brennan hemmed and hawed, but finally we convinced him into bed. 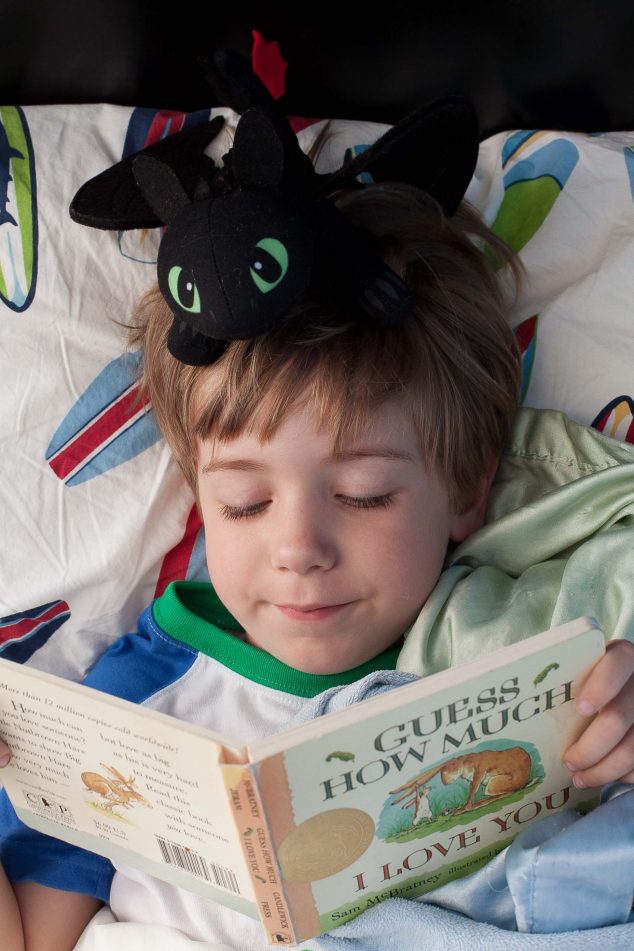 Toothless was read a story. The lights were turned off. The night light came on. And after a goodnight kiss, mom stepped out of the room. 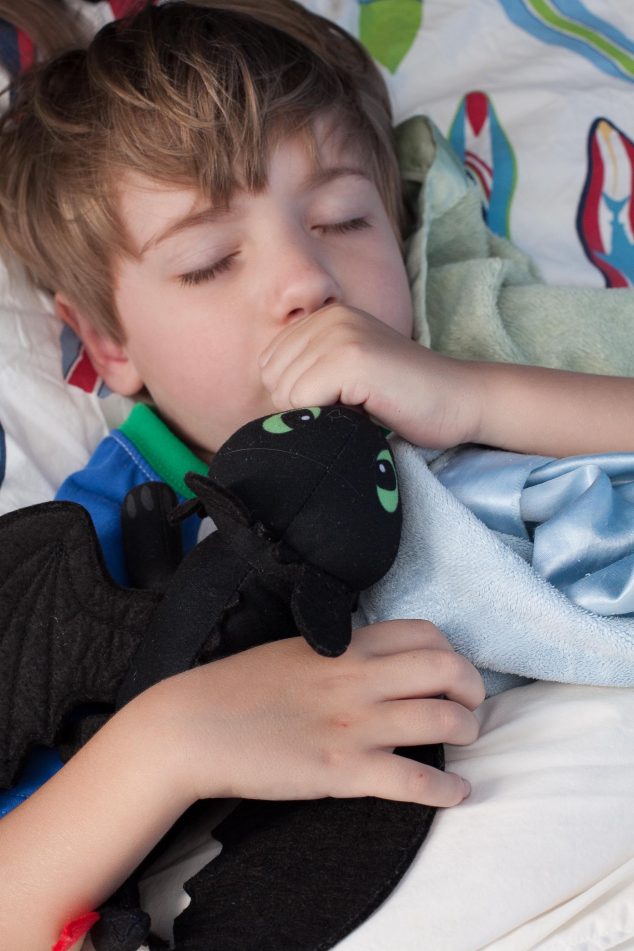 Peaceful silence. Sweet sleep. Finally. We have Target, a stuffed dragon and a brave little Viking to thank for it. 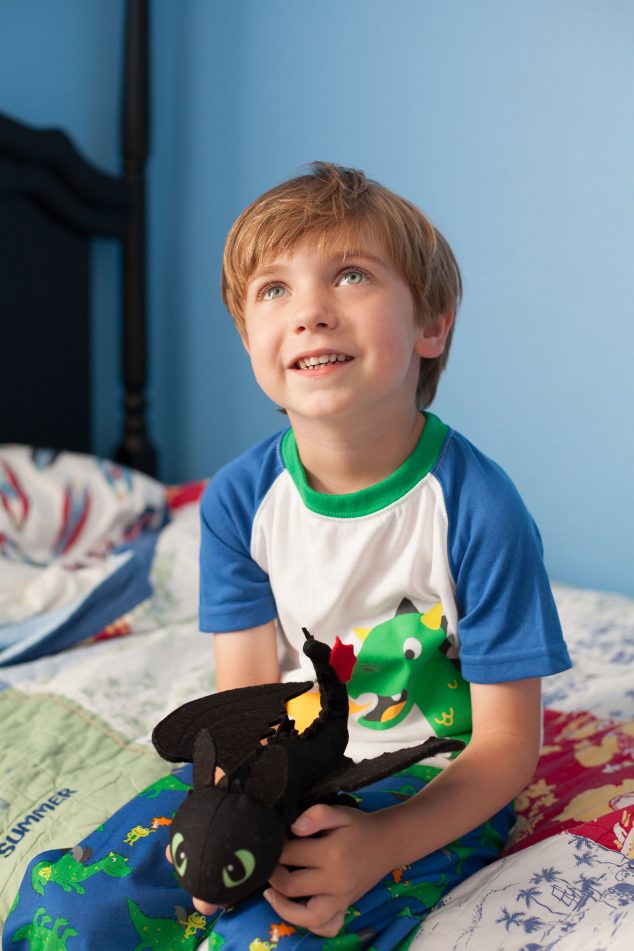 The dark isn’t so scary now. Toothless is Brennan’s constant companion, night and day. It’s like carrying a little bit of courage around with him. After I tucked him into bed the other night, I turned on the light in my office, only to hear his sweet little voice, “Mom, your light is distracting me! Please turn it off.” A desire for the dark. I think we’ve won.

Look for How to Train Your Dragon products at Target:

How to Train your Dragon Store

Click over for our How To Train Your Dragon Birthday Party

This post is sponsored by Target. More Playtime, More Together; Immerse yourself in the roles of your children’s favorite characters at Target – and have fun doing so!

How to Train Your Dragon Craft Idea: Toothless Pot

DIY Toothless Costume…from “How To Train Your Dragon”

Year of the Dragon

How to Train Your Dragon Birthday Party Games

Another win for mom…and Brennan! yayyyyy :) Smart & fun way to re-frame a challenge. How can one not be brave with such a dragon friend...

HE is absolutely adorable. My kids can't wait for the movie!

How fun!! We are looking forward to the new movie coming out!! Going to have to head to Target to our own Dragon!

How wonderful, we'll have to give this a try!

Aw, so sweet! Toothless is the perfect nighttime companion!