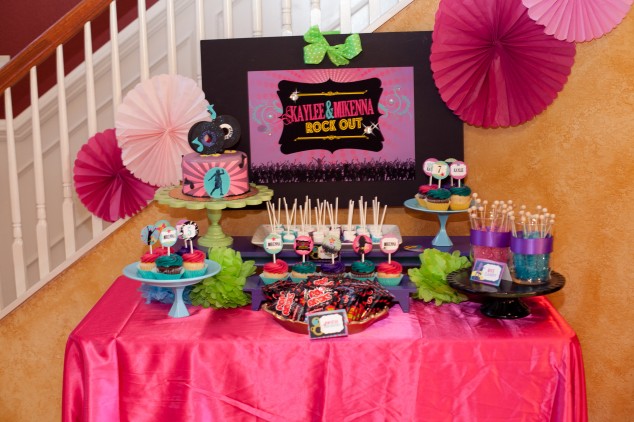 Pull out the red carpet and get ready to rock out at this rocking dance party! I was thrilled to help my friend Kim with her girls’ birthday party. They are way into Shaking it Up and getting down, so there was no other way to go than to dance the night away…with 80 or so of their closest friends! The party was an absolute blast, but also a great example of what to do when you have a ton of people to entertain. 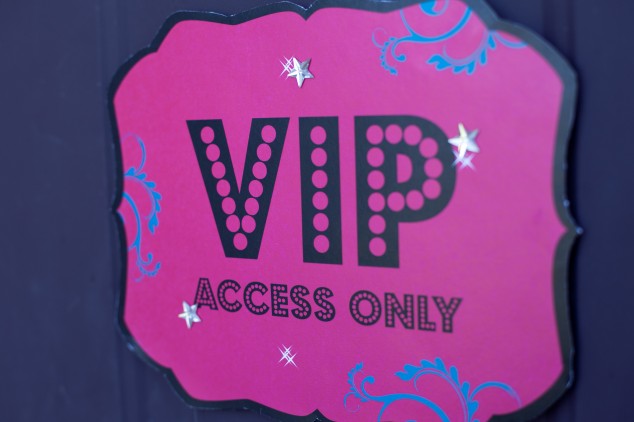 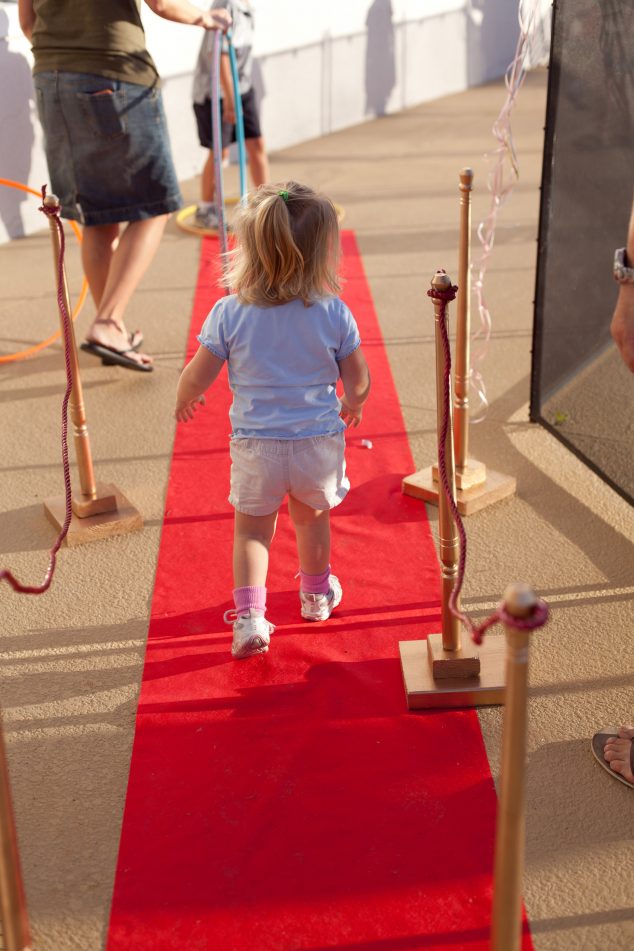 This party is all in the details- moms can get creative and put their own stamp on a party…for the most part, I gave Kim a general guideline of what I was going to do and she came up with all these great ideas, like this red carpet. The dessert table also had some of her touches, too! With so many kids (and grown ups) wandering the party, we decided on only a few kinds of candy on their dessert spread and nothing that was too time intensive to make. Marshmallow pops, pop rocks and rock candy were the back up singers to the cupcake rockstars. 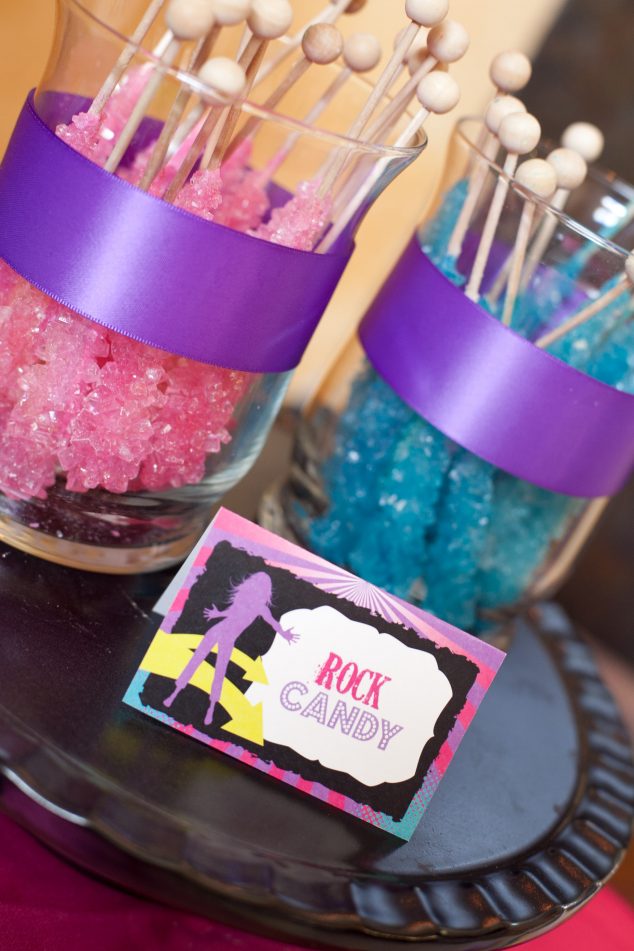 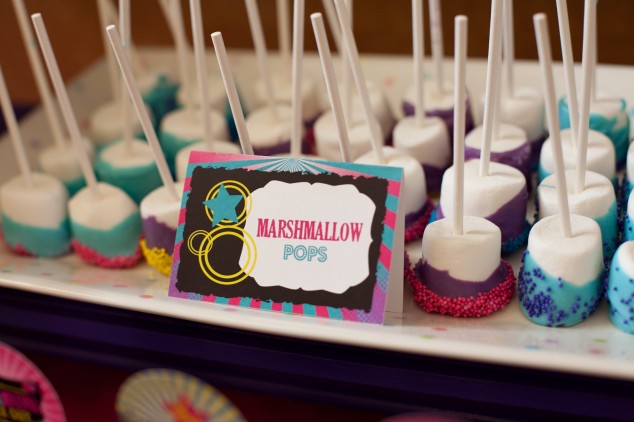 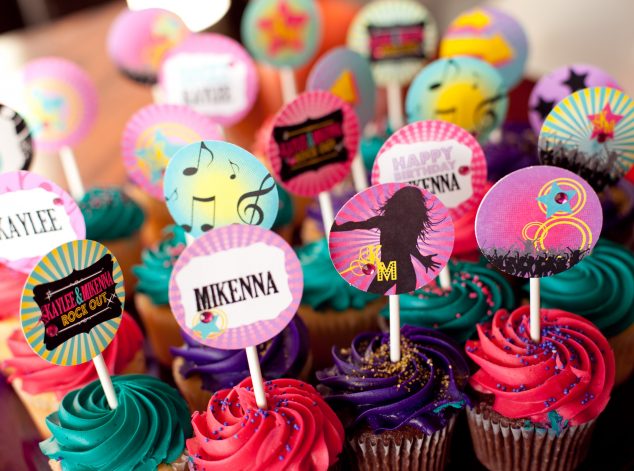 How it’s done details re cup 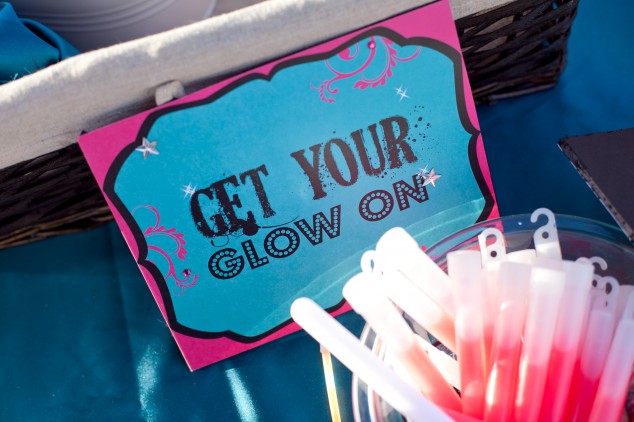 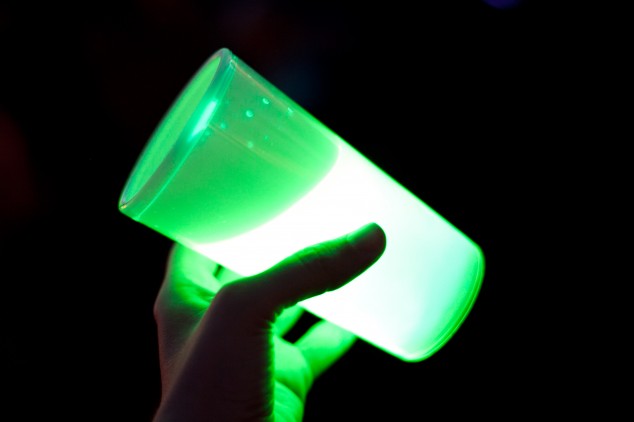 The DJ at the party was totally worth every penny–he had a light show, lots of great music for the kids to jam to. When it got dark, the kids had a whole bar of glow-in-the-dark accessories to light up the night. 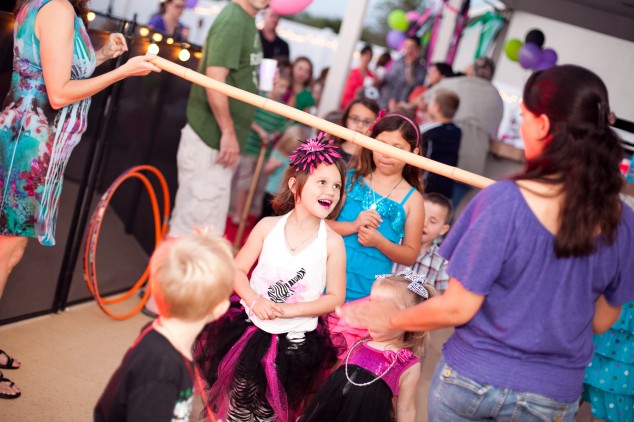 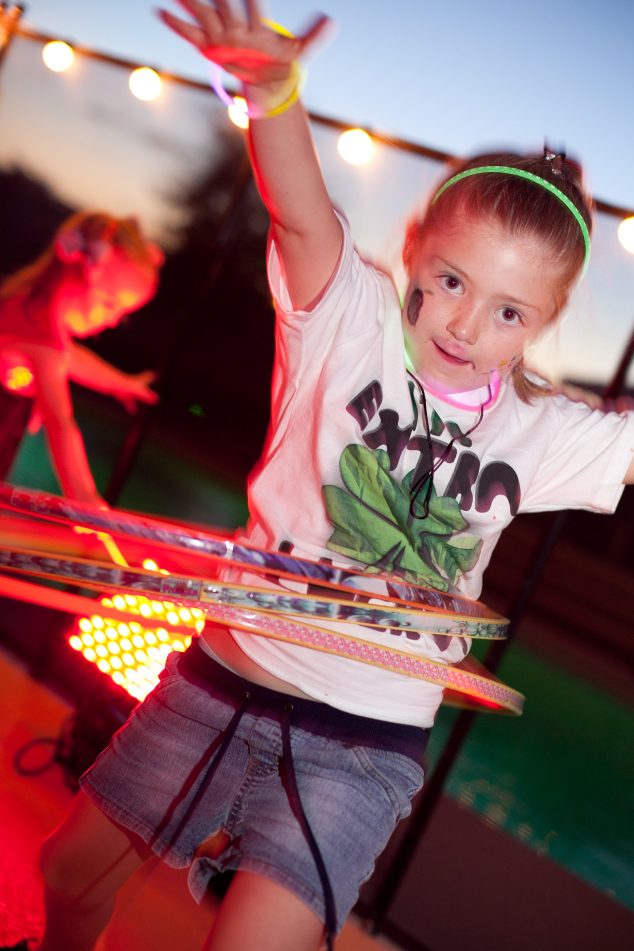 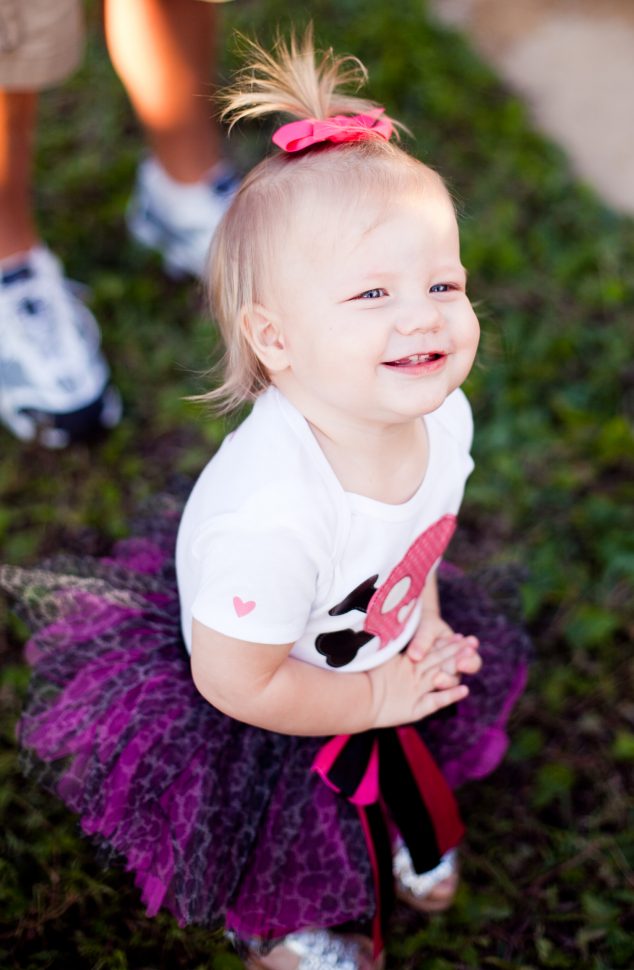 For the number of kids in attendance, we decided the budget was better spent on entertainment, so we kept the favors small. These bubbles were made into coveted swag with a few labels and stickers. 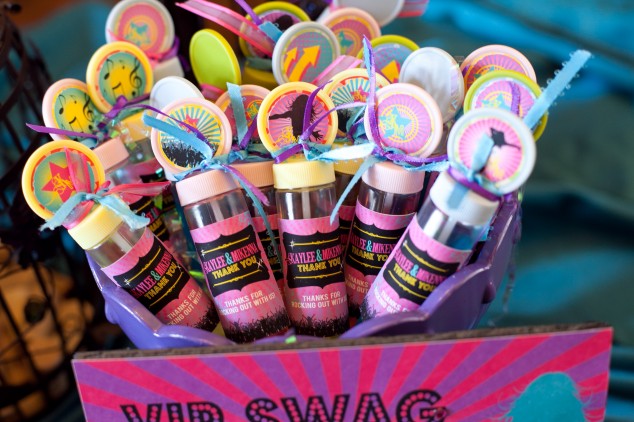 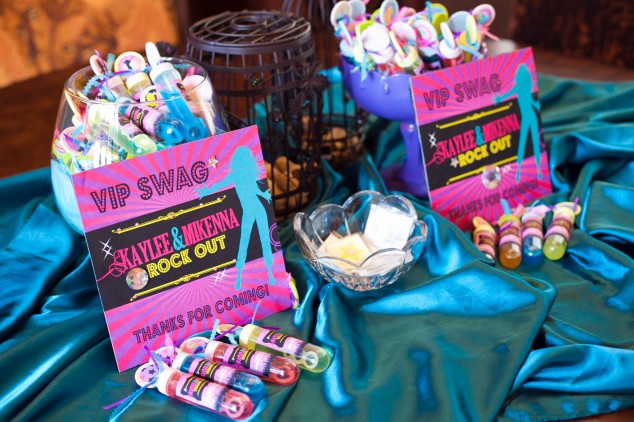 The birthday girls were so excited about their party and had a fabulous time! 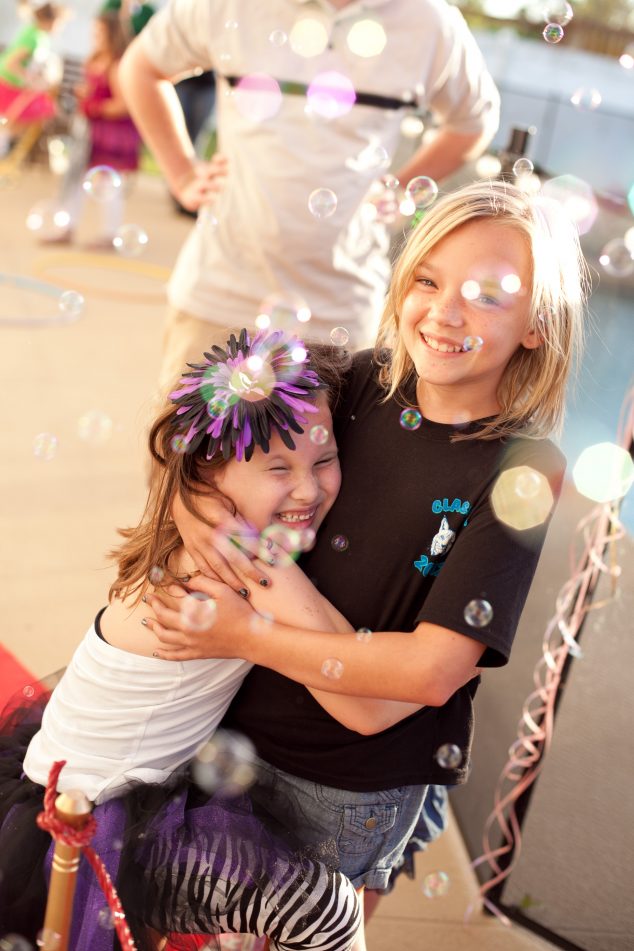 You can find the printables for this party here. And these printables are so flexible! In the next post I’ll show you how we adapted it for a “Shake It Up” party after the popular Disney TV show.

So many fun details, but that rope-lined red carpet is absolute perfection!!

My granddaughter would love this! The glow cups are so cute and I can see them being used for so many occasions. I think I'd like to have a birthday party like this!