One of the trinkets we gave the kids as part of their becoming “Pokemon Trainers” at the end of the Pokemon Birthday Party were these Pokeball DIY Pokemon Party Favors. If you’re not familiar with Pokemon, the “trainers” catch Pokemon (the critters) and stuff them into the tiny Pokeballs where they live.  I suppose they are a bit magical like that, and enjoy the tight quarters.

These DIY Pokemon party favors are super easy to make,  really only take a few minutes of hands-on time.

All in all, they aren’t really expensive, either. I made about 20 of them for about $20 by the time I bought all my supplies. They were a wildly popular favor–that the kids immediately had to go play with–so totally worth the dollar I spent on them! 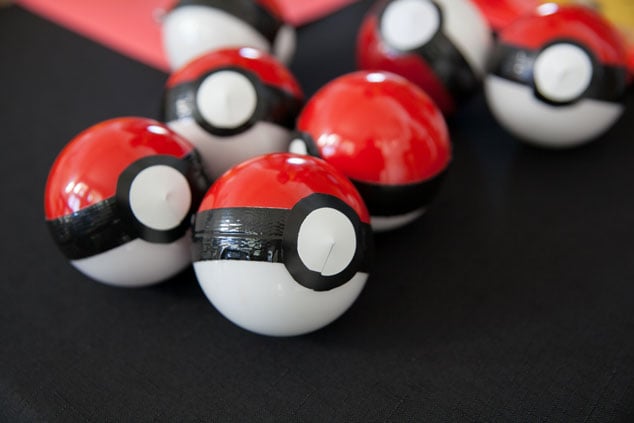 This video tutorial is part of Crafty Hangouts, the less than 10 minute edition! #quickcraftshoa

The only thing in this project that does take some time is the paint. You’re just going to quickly swirl a bit of paint around and pour out the extra in each half of the ornaments, but the paint is going to have to dry overnight. So while this is a 10 minute project, you’ll have to do it 5 minutes at a time.

Thank you again to Consumer Crafts for sponsoring this post! 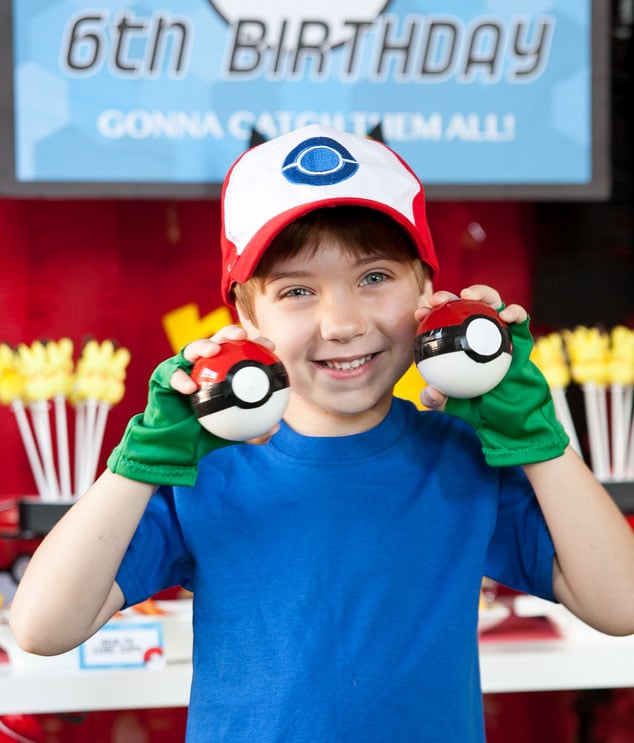 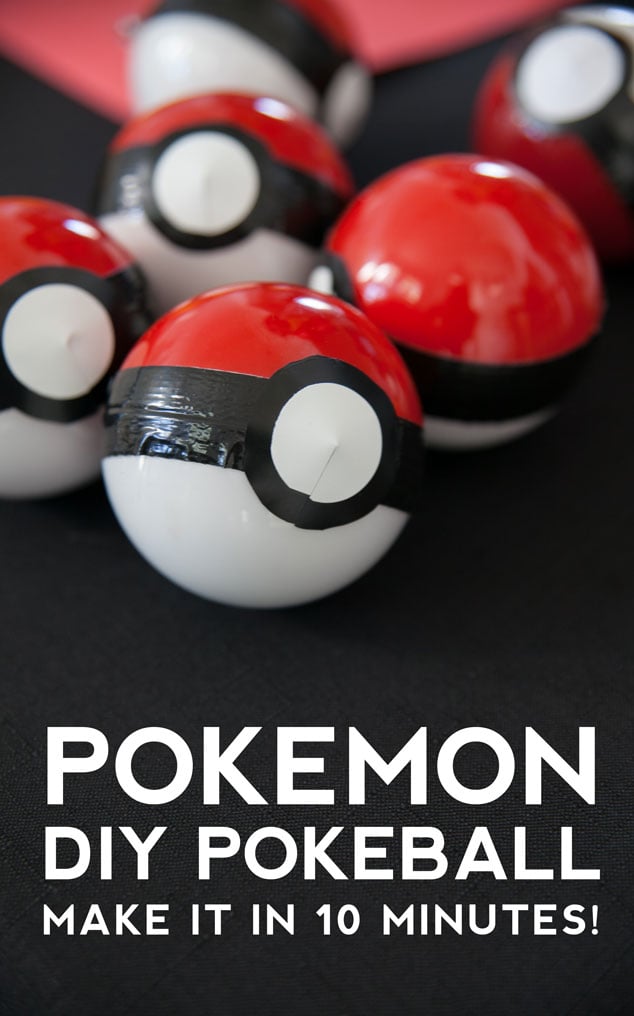 Be sure to check out the Pokemon Party – perfect for your Pokemon Go enthusiasts – and the other ideas and Pokemon Tutorials on this site! I LOVE these! Thanks for sharing! Will definitely be making them as party favors. This is probably a weird question but how do the kids open them to get the Pokemon out if they're taped together?

They are more of a prop.;) pretend play. If you want to put som etching on the inside you could, maybe just cut the tape along the seams to make it openable?

I love this idea and plan to do it for my son's 7th birthday next month. I'm just curious what you put in them for treats? Also what do you think about using spray paint instead of craft paint. Do you think the smell and fumes would soak up into candy or other treats?

I didn't put anything in them for treats for our party; they were used more as imagination Pokeball props!