It’s rough herding cats. And 20 or so children under the age of 5. I wanted to give them something to do that they would think was neat during the party so total chaos did not ensue. There ended up being some chaos anyway, but we were pretty successful at keeping everyone occupied when they weren’t chowing down. 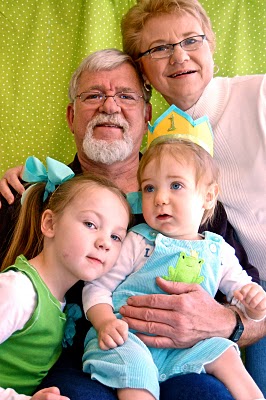 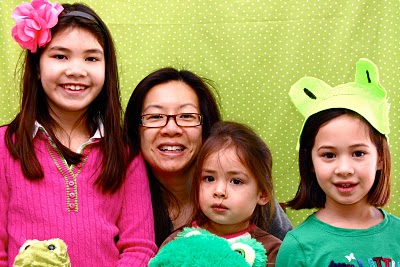 Everyone got to sit in our “photo booth” and use some props to dress up like the little frog prince or just give him a big hug. Probably the best part of this was that I ended up with a picture of everyone that attended the party; there was no evading the camera! After the party, I had prints made and taped them to the backs of all the thank you notes. It’s super-easy to do a photo booth…just hang some fabric as a backdrop in a well-lit area. At our party, I assigned Grandpa as the official photo booth picture taker so I could focus my attention elsewhere. 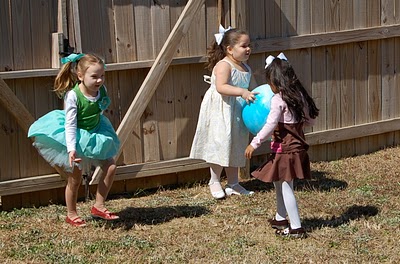 The parents forgave me a little for the candy buffet because all the kids did go home tired. I bought three gallons of bubble solution, enough bubble wands for a small army, hula hoops and big kick balls and put them all in the back yard for the kids to run wild. And run they did! It was almost hard to get them all to come in for hot dogs and cake–but the cupcakes won out in the end! 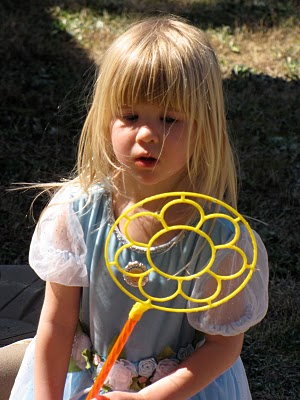 Thanks for checking out my Birthday Party Entertainment post. Check out my full collection of birthday articles, and also get more Birthday Party Ideas by Michelle Stewart, Liz Call, Tammy Mitchell, Randi Dukes and Mariah Leeson. Wow I just wanted to let you know I think this is the best theme for a first birthday ! I have spent months on the internet searching for a theme for my sons birthday, and everything i have found is pooh, elmo, or baby einstein and theres no way we are doing that! this theme is truly amazing and its exactly what i have been looking for ! Thank you so much