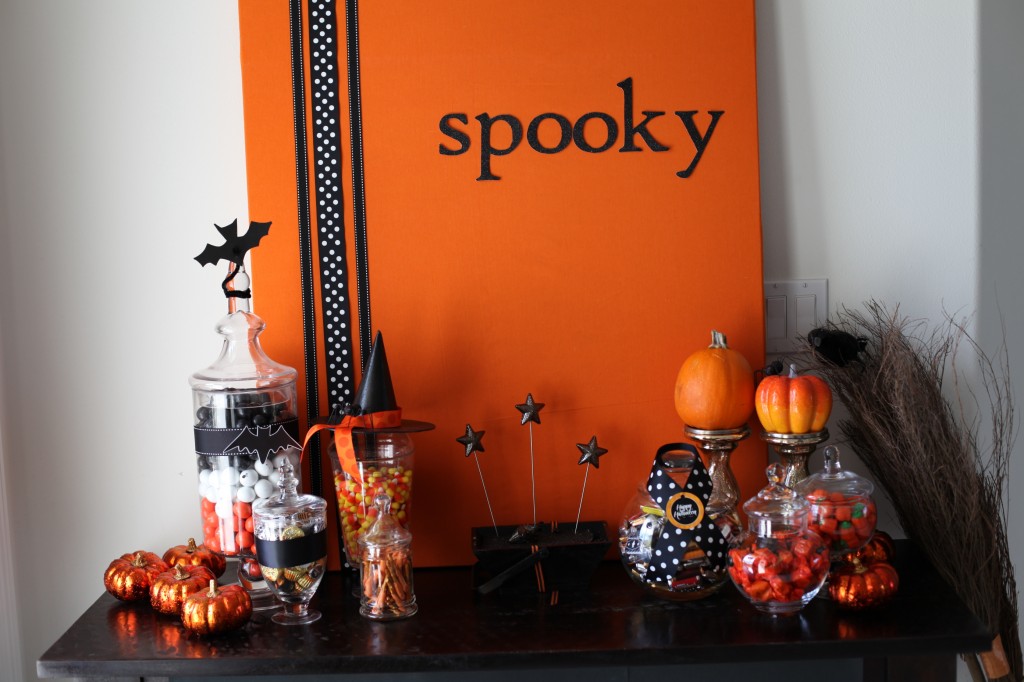 Yesterday there was a little Halloween party at my house for the kids in the Mom’s club I belong to. 25 of them showed up all under the age of 5. And did I mention they only gave me $50 to spend? I spent that on hot dogs, 2 activities, water, and a few prizes. Everything was decorated from what I had on hand. But the really great thing about the under 5 set is that they are easily entertained by the very smallest things. None a single bit of this party was set up for photo ops, and I’m learning to use a new camera, so the pictures are still a little off!

I didn’t try to limit the amount of sugar at this party–shame on me, maybe, but it’s Halloween. I did limit the size of the dessert spread…kept it small with a limited selection. The moms were more the ones popping hands into the candy jars throughout the party! I shot this picture before the marshmallow dipped pumpkins showed up (from my friend Courtney), but they were mighty cute there in the middle of the table! 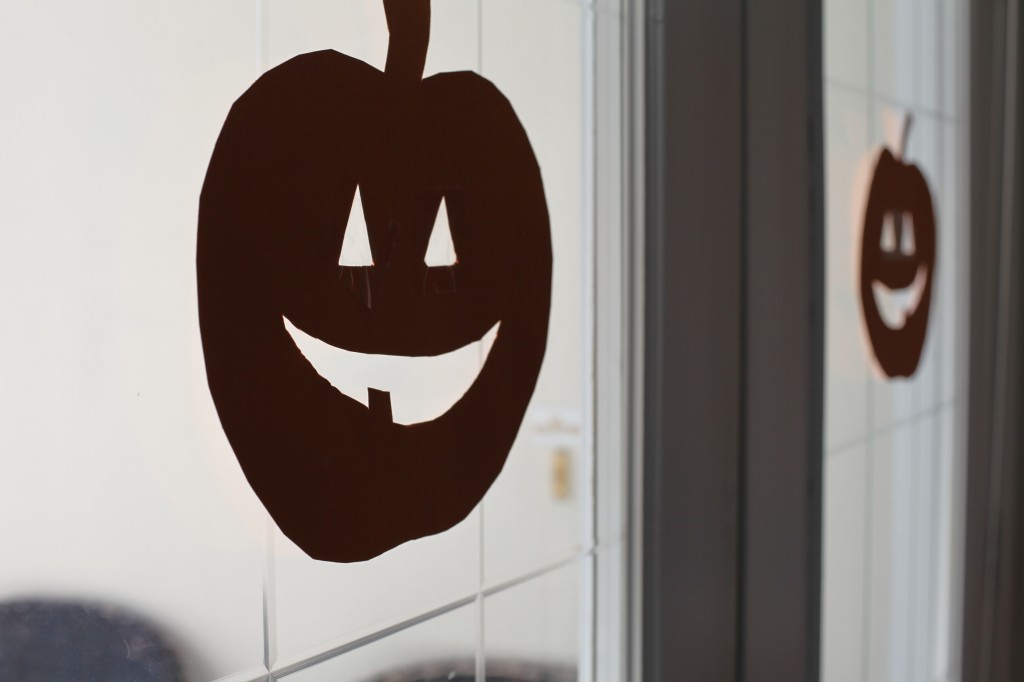 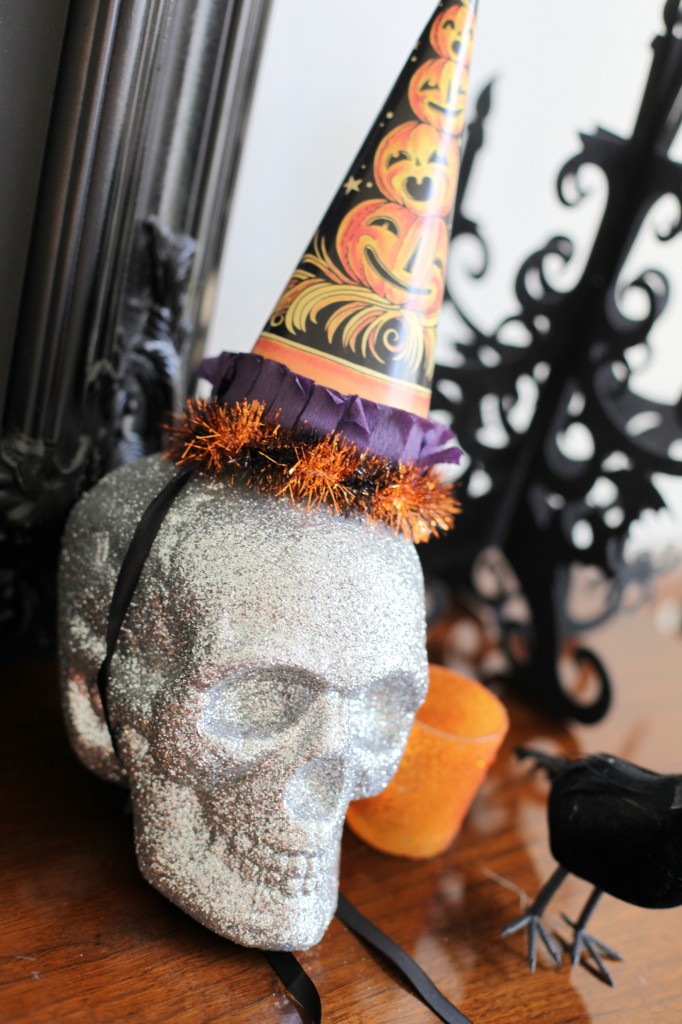 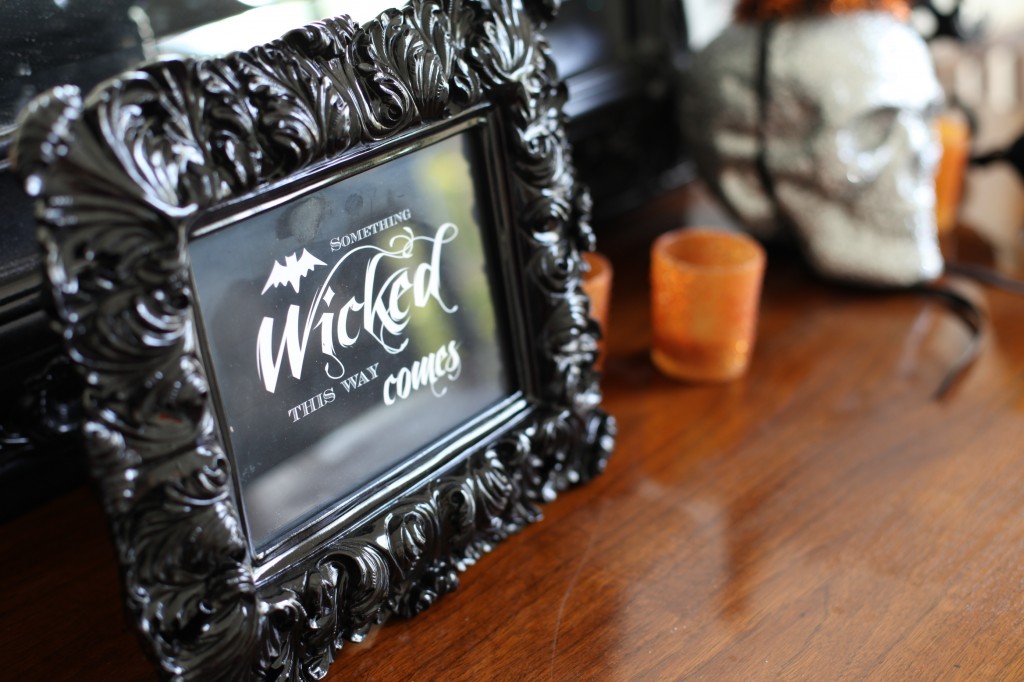 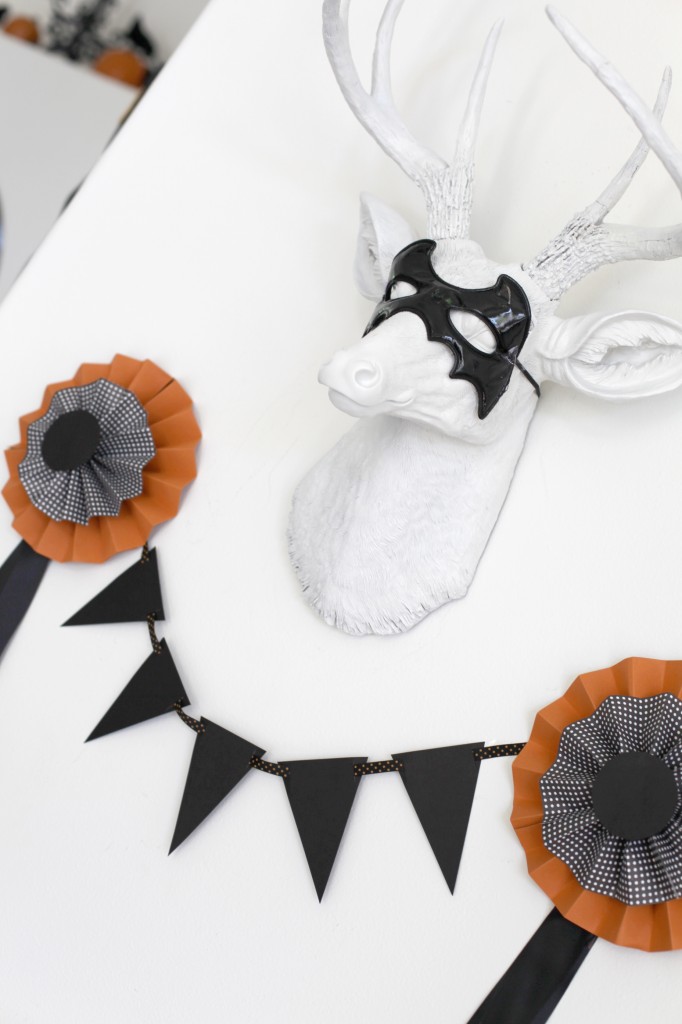 That handsome fella there is Buck. My husband hates him. I think he’s funny. He is my giant metal chicken, if you have ever seen that blog post. He’s incognito right now — hiding from DH. But I digress, this is about the kid’s party! Buck was festive for the occasion, along with glittered skulls from last year, pumpkins hung in the windows and a few other props I had laying around out for spooked up decor. 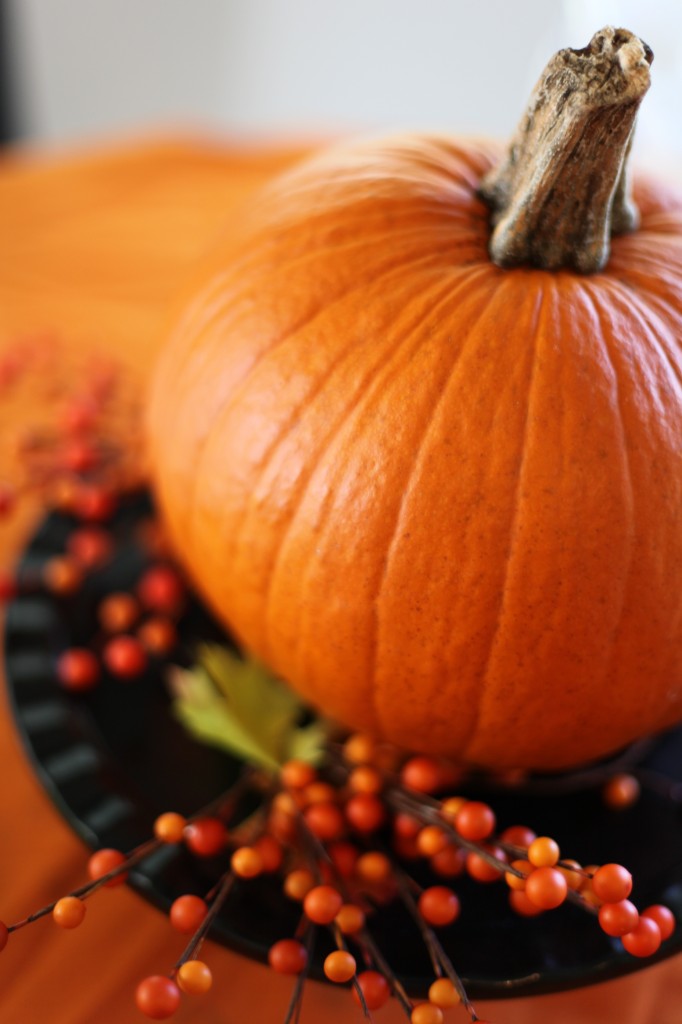 The only way I could figure to feed 40 or people for $50 was to make the party pot-luck. I provided a cheap main course (hot dogs) and the attendees brought the rest. There was no reason the pot-luck table couldn’t look great, so I used a cake stand, some floral picks I had and a pumpkin for all the food to sit around. 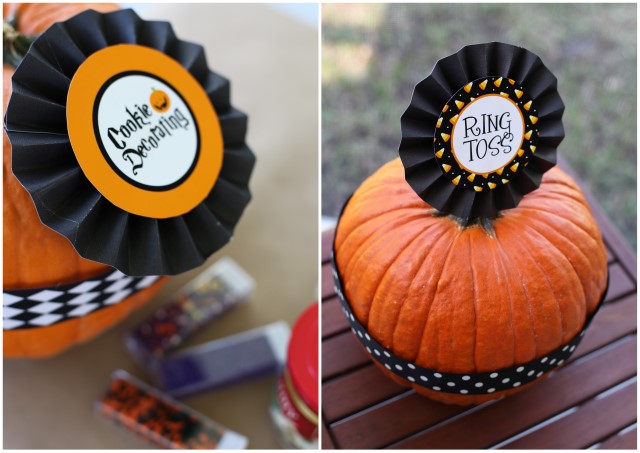 There were lots of activities for the kids–ring toss, bean bag toss, cookie decorating, coloring sheets, diving for prizes, chalk, scratch off bats and ghosts and a play castle to climb in. Looking back, I think I’d skip the games in favor of crafts for the kids next time.

The hit of the activities was the diving for treats. I filled a big box with packing peanuts, then scattered prizes in them so they’d have to hunt around blindly for prizes. More than one child was pulled out giggling by his or her feet. The “decorating cookies” was wildly popular as well. To a 3 year old, store bought cookies, a can of frosting and sprinkles is all the “decorating” they need! 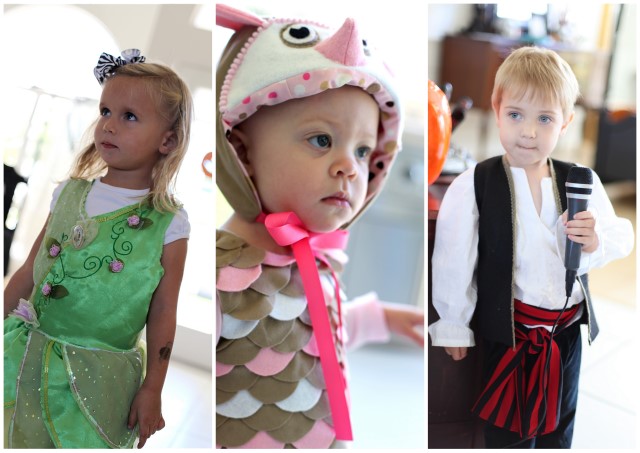 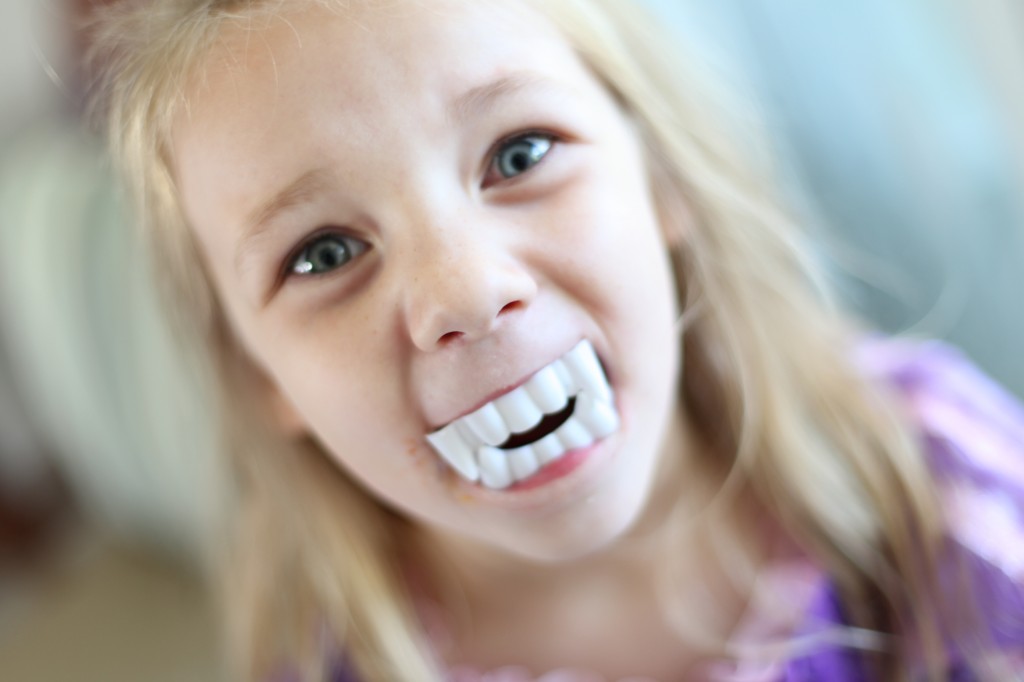 There was a costume contest, karaoke (you haven’t lived until you’ve heard the 3 year old version of this), and scary vampire teeth. 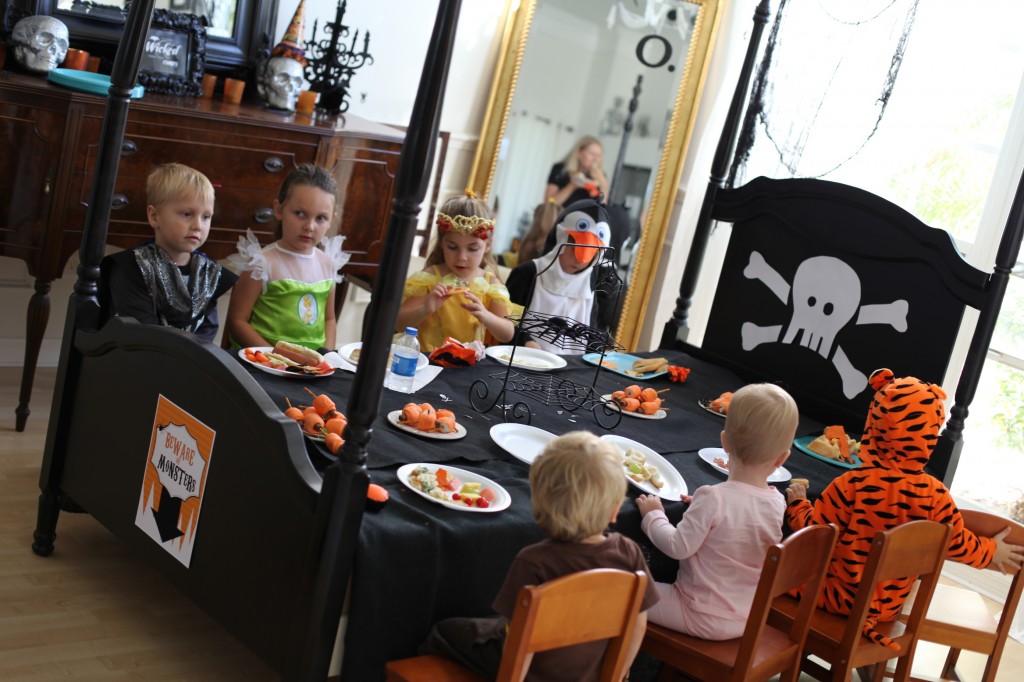 But what I think the kids are going to remember most from the party is the bed/table. It made it’s first appearance a the Goldilocks and the Three Bears party. I pulled it out of the garage, spray painted it black and added a friendly looking skull and crossbones because I needed a rather large seating area for all the kids that were coming. The kids’ little eyes lit up and they all ran for a seat to have their meal sitting at a bed once I started pulling the chairs out.

So while not an overly styled event, the kids had a ball, which in the end was the most important part! You truly made magic with $50! The bed/table is one of the most creative ideas ever. I'm sure the little ones will remember this party for a long time.

This is adorable & I love the Buck is in costume :) The bed makes a perfect table for the little ones...now I'm going to be on the hunt for one at the garage sales - haha.

Not Just A Mommy!

You are a brave woman to host the party at your place, but I remember those days, it's totally worth it! You did a rock star job and I know they loved every minute of it!

Buck is the best! Fantastic! LOL

I came over from eighteen25 for the Something Wicked download, and fell in love! Such a fab site! I've downloaded a few things now, thank you sooo much for making them available.