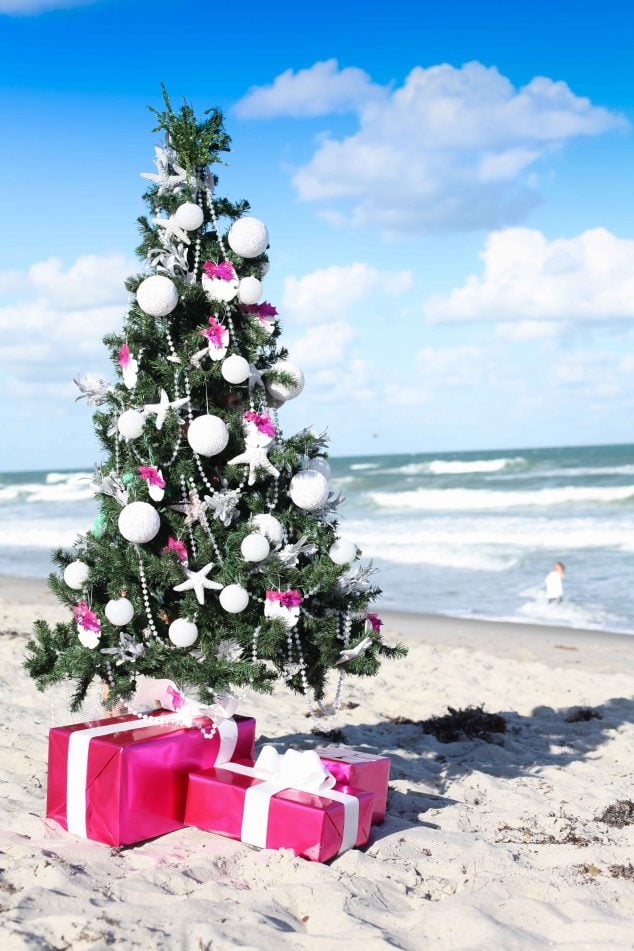 It’s been over a decade since I’ve seen snow in December or had to wear anything but short sleeves on Christmas day. For some, I know that a roaring fire and frigid weather are a must to celebrate the holidays, but not here in Florida. We prefer flip flops and perhaps a frosty beverage.

Sure, we have turkey and the trimmings, but those fantastic Floribbean flavors tend to creep into holidays. You’ll find families having Florida spiny lobster for dinner, a crab dish or two and sides influenced by our Carribean neighbors (depending on your part of the state). As in any proper Christmas meal, there are desserts with all that fabulous food.  I’m sharing my addictively yummy coconut rum-toffee cupcakes later on in this post; it was originally seen in the winter 2012 issue of Festivities Magazine. Check out the magazine online for lots more beachy photos!

In the tradition of decorating with what is native as in the days of old, we went out and decorated for our Florida Christmas party with sea shells, star fish and sand dollars. Using just a tiny bit of bright pink brought a little color and contrast to our backdrop of neutral white. 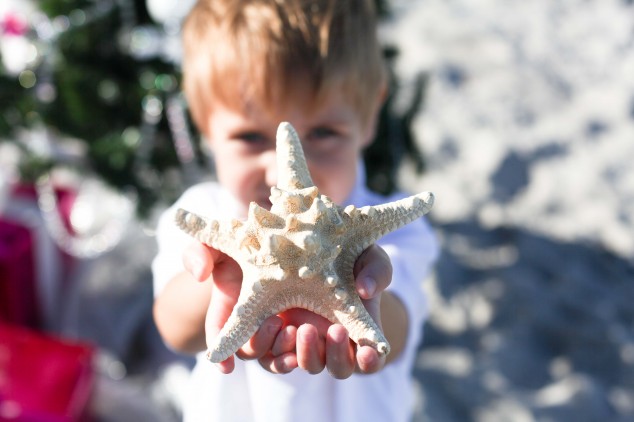 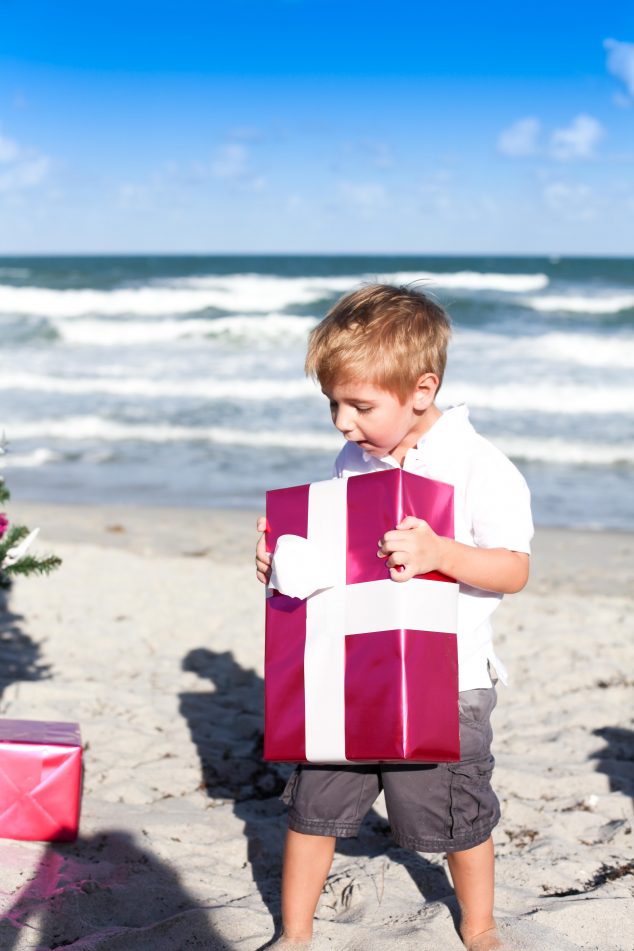 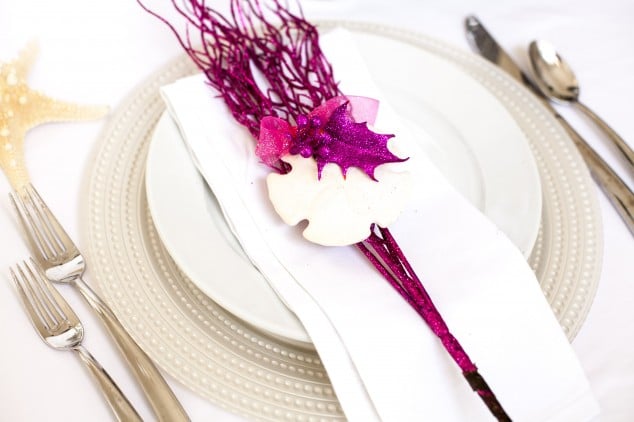 Our elegant beachy table settings got a punch of pink sparkle layered on top of white linens and brilliant beaded chargers from Pier 1. 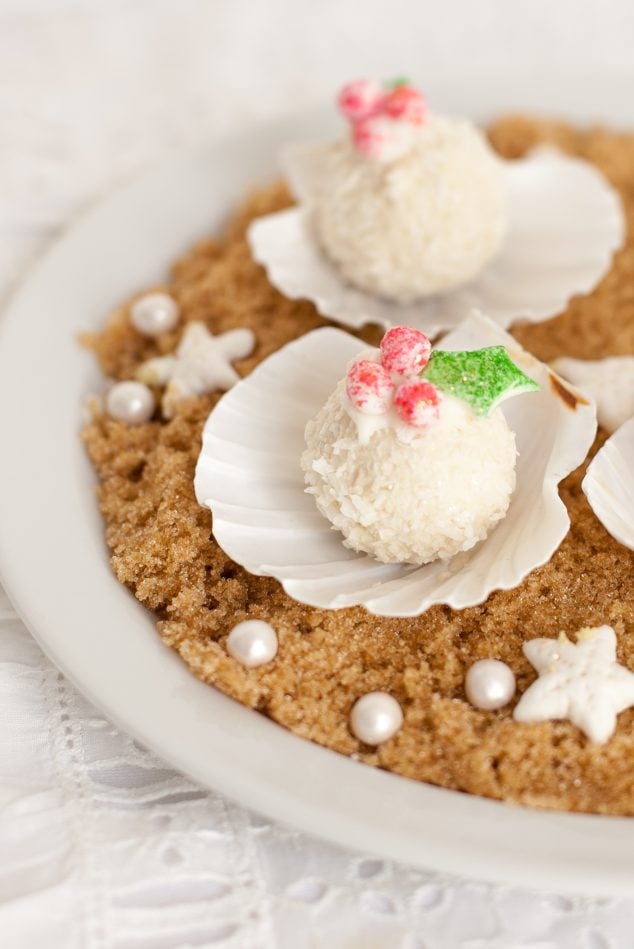 Bon bons from the store were dressed up for dessert. Gumpaste holly painted with food coloring made them festive. Presenting them in a sandy bed of brown sugar and pearls made for a beautiful beachy presentation. 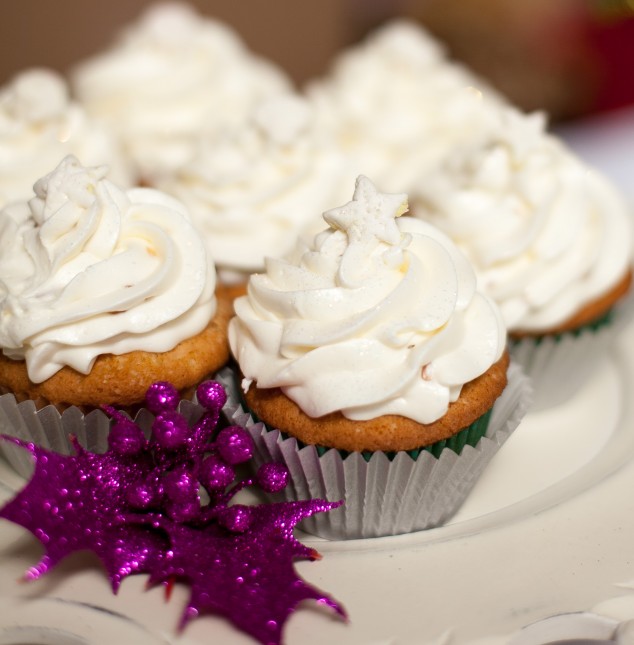 For a little island flavor in our Christmas desserts, I made these decadent Coconut Rum-Toffee cupcakes. Since their creation, I’ve lost count of the number of times they’ve been requested…they were that good. The cake is amazingly moist and nothing beats a sumptuous cream cheese top.

Coconut is a flavor forever associated with a bit of the tropics. And in Florida, we do love our coconut. Another thing we love is rum – pina coladas, rum runners, hurricanes and yes, even rum cakes. Inspired by these flavors, I made up a little piece of Florida heaven for celebrating at Christmas. Moist rich coconut cake topped with a cream cheese frosting flavored with rum and crunchy, buttery little bits of toffee brickle are truly a divine experience.

Beat in soda and salt. Add the flour to the mixture alternating with the buttermilk; begin and end with the flour. Turn off your mixer and fold in the egg whites, being careful not to deflate their volume. Fold in the coconut.

Spoon batter into the cupcake tins and bake for 15 minutes or until an inserted wooden pick comes out clean. Remove from tins and cool completely before frosting.

Whip cream cheese and butter in a mixing bowl until light and fluffy. Add the rum and blend. Fold in the toffee brickle.

Cake recipe adapted from A Treasury of Southern Baking 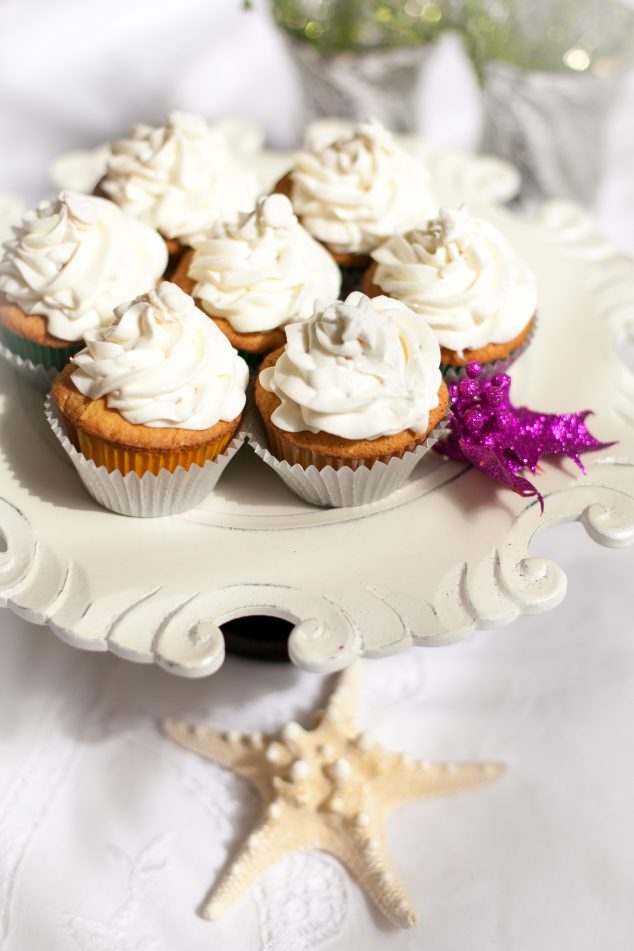 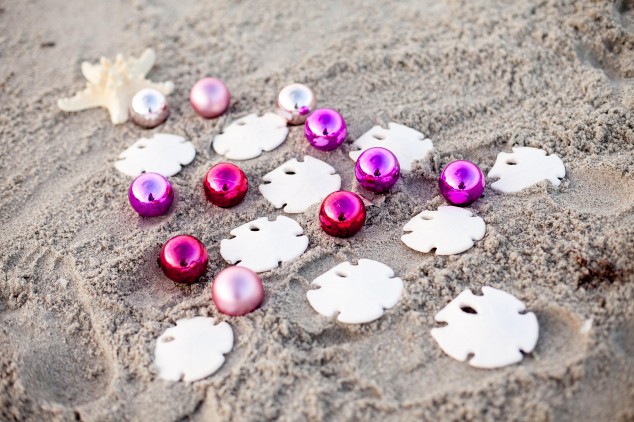 Christmas In A Can I would love to experience a warm weather Christmas. Until that happens I will settle for thesr cupcakes.

Love it and I can't wait to try the cupcakes!

Paula I LOVE that you posted about a Florida Christmas! And how cute using brown sugar as sand! Thanks for sharing your amazing tips and rum toffee cupcakes! :)